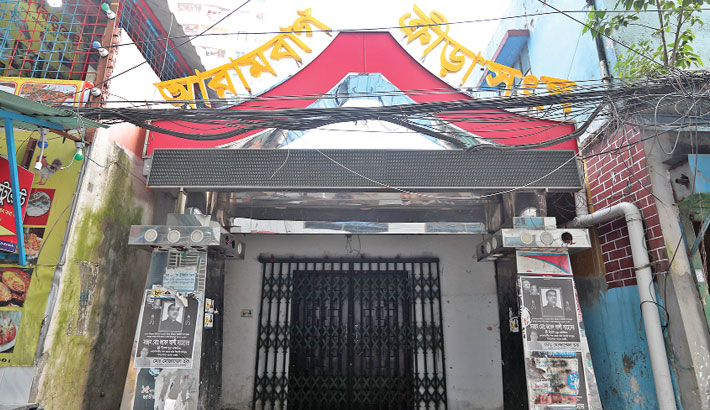 Country’s well-respected football club Arambagh Krira Sangha (AKS) is determined to have an executive committee and get back the old premises ahead of the new season after it had been locked down since the casino drive.

The reputed club of the past is finding it hard to implement a stable structure on the overall activities of the club after being hit hard last year while its president AKM Mominul Haque Sayeed, was also the general secretary of Bangladesh Hockey Federation (BHF), fled the country fearing arrest in the wake of the ‘cleansing drive’ ordered by Prime Minister Sheikh Hasina. Sayeed, who ascended to the Arambagh presidency in 2015, was one of the key accused for leading the casino syndicate and gambling dens in Dhaka.

Arambagh’s misery started last year during the casino crackdown as it was regarded as a den for gamblers that forced the law enforcement agencies to raid it and later locked it down for indefinite period.

After one year of the casino scandal, AKS vice-president Azaz Mohammed Jahangir told The Daily Sun that they now determined to have an executive committee and get back the old premises ahead of the new season, scheduled to be started on December.

“I have also requested Bangladesh Football Federation (BFF) to help us to unlock the premises. BFF president Kazi Salahuddin assured me that he would present the issue in their executive committee meeting next week. If BFF fails to unlock our office, we will rent a local hotel which we did last year,” Jahangir said.

“We are working to form a new executive committee. Bashundhara Kings has been providing us monetary assistance since last season. So, we decided to have Kings general secretary Minhajul Islam Minhaz as our new president,” AKS vice-president added.

The club was confused about its participation in the Bangladesh Premier League (BPL) 2019-20 initially after being hit by the casino drive led by the law enforcers. But later it changed mind and took part with the help of Bashundhara Kings in the dying moment of players’ registration.

However it looks they are much more organized regarding their plan of action as this year AKS is taking part from the beginning of the registration window. AKS, which formed a 34-member squad last year, is bringing some changes this year. The club has already released some ten players including four foreigners -- Eleta Kingsley, Eleta Benjamin Junior, Yonta Micheal and Mostafa Mahmud.

The club was eyeing on some new local players and four new foreigners – Ghana’s Adam Sadick and Omar Ibrahim and Afghanistan’s Hakimi Fardin.  It was also eyeing on an Indian coach.

“We've cleared players' arrears in a mutual understanding. We're now going to release some players including four foreigners as there are some new players in our lists. We’re eyeing three foreigners -- one from Afghanistan and two from Ghana. Besides, we are talking with an Indian coach. Apart from them, we will sign some five to six local players and a foreigner from the premier league’s other teams.” Jahangir added.