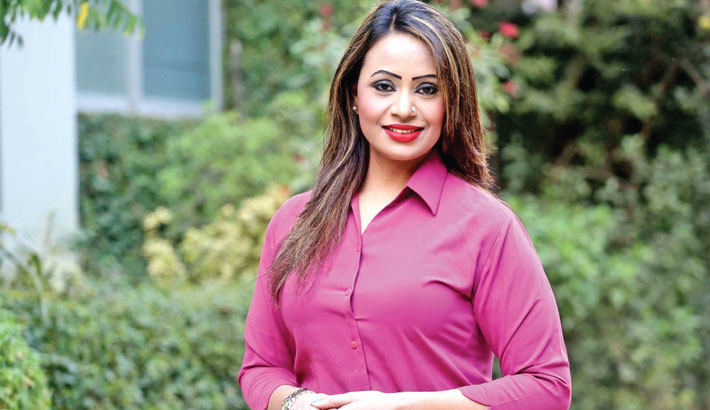 Singer Kazi Shoma has been enthralling her audience for many years with her performance on the stage shows. But she does not have her original song. Finally, the singer’s long-cherished dream has been fulfilled. Shoma’s debut single ‘Babua Babua’ has been released recently.

Under the banner Soundtek, the song was published on its YouTube channel on Saturday. The track has been written and composed by Anik Sahan.

The music video of the song was shot in Bangladesh Film Development Corporation (BFDC). Talented dance director Habib Rahman has choreographed and directed the video. The music video features Sadman Sameer along with Kazi Shoma.

About her debut song, Kazi Shoma said, “I am grateful to Almighty as I could complete my first original song. I am a huge fan of Runa Laila Madam. She has always been my inspiration for music. For her, I have become a singer today. And I am grateful to Soundtek for releasing my debut song.”

“Basically, I perform on the stage. For this reason, most of the time I render dance related songs. ‘Babua Babua’ is that type of song. I believe music lovers will enjoy the lyrics and tune of my new song.”

Hailing from Banchharampur of Brahmanbaria, Kazi Shoma is the daughter of late Kazi Ataur Rahman and Hasna Begum. She has been engaged with classical music since her childhood. She has been receiving training in classical music from Ustad Sanjeeb Dey since 2005. Shoma also performed on stage shows abroad.