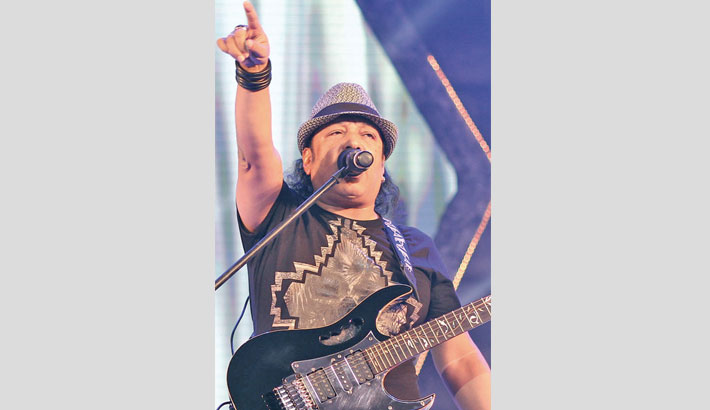 The second death anniversary of rock legend Ayub Bachchu was observed on Sunday through various programmes.

On the occasion, Bangladesh Copyright Office unveiled the digital archiving of 272 songs of the country’s celebrated musician. This is for the first time that songs of a Bangladeshi musician are archived by the government.

State Minister for Cultural Affairs KM Khalid inaugurated the event at the Bangladesh Copyright Office in the capital in the evening. The event was broadcast live on the official Facebook pages of the Copyright Office and Ayub Bachchu’s band LRB.

Different organisations, fan groups and television channels and radio stations held various programmes to pay tribute to the legend. Special prayers and feeding of the destitute were held in different places of the country on the occasion.

Several music stars have also paid their tributes to the rock legend on their social media accounts sharing their photographs and memories with Ayub Bachchu. Noted singers and music artists have also dedicated special tribute performances to the legend.

Ayub Bachchu, the legendary frontman of rock band ‘Love Runs Blind’, popularly known as LRB, is one of the most beloved artists in the Bangladeshi music scene. He was born in Patiya at Khorna union in Chattogram on August 16, 1962.

Bachchu has started his music career from his birth place Chattogram with the band Feelings in 1978. Then he has joined the band Souls in 1980, one of the pioneers in the band movement of Bangladesh.

LRB performed more than thousands of gigs at the home and abroad. They went for their first international tour in USA and they played at 7 states. LRB is the only Bangla Rock Band which played their music in the famous Madison Square Garden (New York).

The music legend died of cardiac arrest at his Moghbazar residence in the capital on October 18 in 2018 at the age of 56.