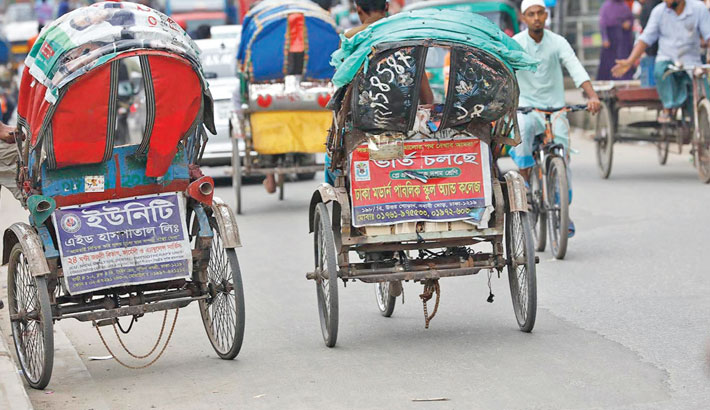 The battery-run auto-rickshaws are still running on the city roads, though the government has imposed a ban on its movement.

The vehicles move on the roads at night due to lax monitoring by the authorities concerned.

On October 4, the mayor issued an order to conduct drive against these vehicles.

Earlier on March 8, 2015, High Court imposed a ban on movement on mechanised and battery-run rickshaws across the country, as they have no proper licences.

Md Akhtar Hossain, a resident of Jatrabari area, said, “The battery-run vehicles cause accident. We have heard that it has been banned but at night these vehicle rule

Dhaka South City Corporation Executive Magistrate Mohammad Kazi Foisal said, “The operation of battery-run auto-rickshaw is totally illegal in the city corporation area. We have just started our drive in some areas and it will be expanded to other areas.”

“We are dumping the vehicles and filing cases against the owners. Gradually, we will strengthen our drive to stop the movement of the vehicles on the road,” he said.

Deputy Commissioner of Ramna Zone (Traffic Division) Joydeb Chowdhury said, “We are trying to stop the movement of these vehicles on the city roads.”

A very few rickshaws enter the city roads in absence of good number of traffic police, he also said.