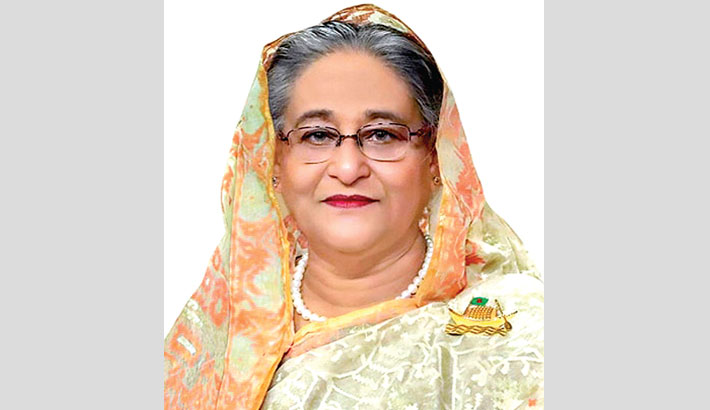 Prime Minister Sheikh Hasina on Thursday called for enhancing surface water by increasing the storage capacity of water bodies across the country, aiming to protect the biodiversity, boost fish production and ensure safe water for all, reports UNB.

“All the canals, beels, haors, ponds and rivers throughout the country need navigability, to be excavated to enhance their storage capacity,”  she while addressing a function arranged to launch a series of development projects through a videoconference from Ganobhaban.

The Prime Minister said, “If we can do that our biodiversity and balance of nature will be protected on one hand and fish production will increase on the other, enabling us to fulfill the fish demand of people.

Sheikh Hasina said her government has also taken various plans and are implementing those to chase the objectives.

At the function, the Prime Minister digitally opened the newly-constructed multistoried Pani Bhaban (Water Bhaban) at Green Road, multistoried Parjatan Bhaban at Agargaon in the capital, Father of the Nation Bangabandhu Sheikh Mujibur Rahman’s ‘Mural’ and ‘Bangabandhu Corner’ respectively in front of and inside Hazrat Shahjalal International Airport, and the construction works on Sylhet Osmani International Airport Expansion (Phase-1) Project.

Hasina said her government has a special attention towards ensuring safe water and sanitation. “Our goal is that safe water will have to be supplied to the people of our country.”

She said the government has taken plans to supply safe water up to upazila and union levels by treating river water mostly.

PM said the government has been making all sorts of efforts to protect water resources. “We’ve taken steps to dredge every river and restart the river routes following dredging works and improve the river ghats (terminals),” she said adding that river transportation is the safest and cheapest one.

Noting that Bangladesh is a riverine country, she said the river is the lifeline of the country. The tourism industry can be flourished using the country’s river and sea attractions.

She said there are large rivers in the country and if tourist sites are developed on the banks of a large river, tourists hardly can identify whether it is a river or sea.

The Prime Minister stressed the need for adequate research over the water resources management saying that it is not possible to achieve excellence in any work without research.

Referring to a recent agreement signed to introduce flight operation between Bangladesh and the USA, the Prime Minister said the government has procured some modern Boeing aircrafts so that the flight can be operated directly from Dhaka to New York, Toronto and Tokyo and other destinations.

She said her government added 13 modern aircrafts to the Biman’s fleet after assuming office in 2009.

Sheikh Hasina said Bangladesh has a huge potential to flourish the tourism sector and earn huge money from the aviation sector by turning it into an air connectivity hub between the East and the West.

She said the geographical location of Bangladesh is very important and Bangladesh could be an ideal place to form a bridge in air connectivity between the East and the West, if it can be developed properly.

“Bangladesh is at the junction of the international air routes. We’ve huge potential. If we can unlock the prospects, our tourism industry will be developed on one hand and earn huge money from the airlines on the other hand,” she said.

Spelling out government plans for the development of the aviation sector, she said her government has taken measures to make the Syedpur Airport as a regional one so that Nepal, Bhutan and even India can use it.

Sheikh Hasina said the government is now modernising the Sylhet International Airport, which can also be used by other countries.

Besides, the government has started working to establish a highly modern international airport in the tourism capital of Cox’s Bazar to unlock huge potentials of tourism as the 120-km world longest sandy beach is there, she said.

The construction works of the third terminal at Dhaka Shahjalal airport now continues to improve the passenger services further, she said adding that the government is also modernising Chattogram airport.

Talking about domestic air connectivity, the PM said her government has been reopening the closed domestic airports one by another.

The Parjatan Bhaban, a 13-storey building constructed in a modern architectural style, will be used as the offices of Bangladesh Parjatan Corporation, Bangladesh Tourism Board and other organisations.

The Pani Bhaban, a modern 12-storey building, was constructed with a design formulated by engineers of Bangladesh Water Development Board.

The ministers and high officials concerned were connected from Pani Bhaban and Osmani International Airport, Sylhet.