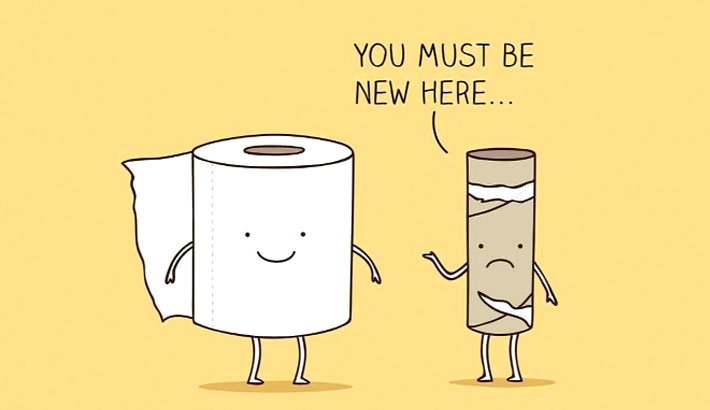 Pun is great fun that can be enjoyed by all educated people. Puns usually have double meanings. Is life worth living?’Answer: ‘It all depends upon the liver’. It may be just a play upon words: religion is the opium of the people in Russia and opium is the religion of the people in China. In a game of cards a good deal depends on good playing and good playing depends on a good deal. When a novice poet approached the editor of a literary magazine with his poor piece of writing, the editor took a quick look at it. ‘Either put fire into it or put it into fire’- he snapped. You cannot miss the humour when a Pakistani politician quibbles, ‘General election in Pakistan under military regime would be the election of generals.

Shakespeare loved punning. In Johnson’s words, it led or misled him like a willow-the-wisp. In The Merchant of Venice Portia resents her father’s interfering into her choice of a husband by putting into place a legal obligation: ‘will of a living daughter curbed by the will of a dead father’.

Romeo: “Not I, believe me. You have dancing shoes with nimble soles; I have a soul of lead”.  Again "ask for me tomorrow, you shall find me a grave man.”

Hamlet is annoyed by Claudius’ constant referral to him as his son, so when Claudius asks him ‘how is it that the clouds still hang over you?’ meaning why is he still in mourning for his father, Hamlet responds: ‘Not so, my lord, I am too much in the sun.’ After he has killed Polonius and stowed his body away the king asks him where Polonius is. Hamlet tells him he is at supper – ‘not where he eats, but where he is eaten,’

John Donne often used puns in his poetry. In his "Hymn to God the Father," he plays with his name and the name of his wife, Anne More: "When Thou hast done, Thou hast not done, /For I have more." 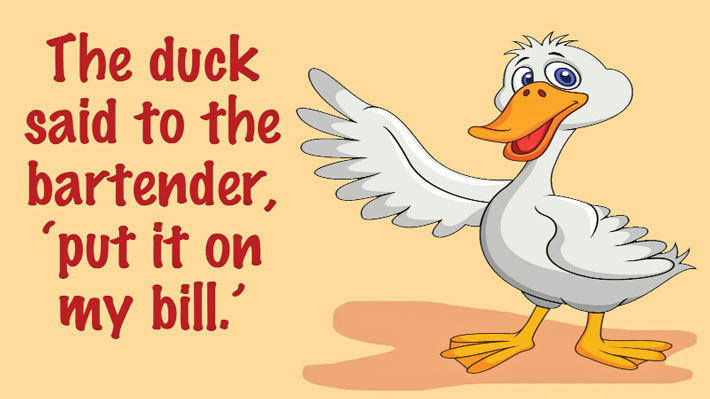 Somerset Maugham, an English writer of short stories, remarked, ‘Battles do not determine who is right, but who is left’. American novelist Mark Twain said: ‘Truth is precious; therefore let us economize on it’. Sir Winston Churchill, former British Prime Minister and a great statesman, once confessed ‘I have often eaten my words and I found them to be very nourishing food’.

A soap box orator was speaking with great solemnity on the death of a trade union leader before the latter’s body was lowered into the grave. Instead of inducing the conventional, mournful silence, the speaker provoked peals of laughter when he said: ‘On this grave occasion… … …’. Similar spectacle was witnessed when a newly appointed Danish Minister announced ‘I am in the beginning of my period’.

Then there is parliamentary punning. Mrs. Indira Gandhi’s late husband, Feroze Gandhi was known for his sharp sense of repartee. But the one repartee most often quoted seems to have been thought out well ahead of the time of its delivery. The unhappy recipient of Feroze’s barbed shaft was the then Finance Minister T T Krishnamachari. Old TTK, as he was known to his friends, had a very acid tongue and had been known to refer to Feroze Gandhi as Prime Minister Nehru’s lap dog. Feroze’s opportunity came when he had to open the debate on the Mundhra scandal in which TTK’s name was involved. As he came into the House he went up to the Treasury Benches and addressed the Finance Minister: “TTK, I believe you have been describing me as a lap dog. You no doubt regard yourself as a pillar of the state. Today I will do to you what a lap dog does to a pillar.

“Then pull the chain”, snapped the minister amidst thunderous applause.

But these make a poor collection when you compare them to the pun of Churchill. During the wartime coalition, Churchill had to offer jobs to some of his political opponents, and quietly pushed aside many of them by giving them fairly pointless jobs. One of these jobs was the Lord Privy Seal, whose responsibilities involved supervising state papers. One day the Lord Privy Seal sends an aide to get Churchill's signature, and the young man tracks down the Prime Minister by detecting clouds of cigar smoke coming from under the door of one of the cubicles in the House of Commons lavatory. 'Prime Minister', the aide says, 'the Lord Privy Seal requires your signature on an important document'. Annoyed at being bothered by a man he particularly dislikes, he replies 'Tell the Lord Privy Seal that I am sealed in my privy'. There's a pause, and he adds, 'And I can only deal with one shit at a time!'.

Here you get another gem of Churchill’s wit: ‘If you have an important point to make, don't try to be subtle or clever. Use a pile driver. Hit the point once. Then come back and hit it again. Then hit it a third time—a tremendous whack.’

Some of President Regan’s puns are also memorable. Refusing a gift of a mule he added ‘I'm afraid I can't use a mule. I have several hundred up on Capitol Hill.’ Over a debate on abortion in parliament he said ‘I've noticed that everyone who is for abortion has already been born.’ At another time he said ‘I am not worried about the deficit. It is big enough to take care of itself.’

Many puns rely on simple homophones, or homonyms. For instance, take the following pun from comedian George Carlin: ‘Atheism is a non-prophet organisation’. The word ‘non-prophet’ plays on the more common ‘non-profit’. ‘They will never agree, they are arguing from different premises’, so said Reverend Sidney Smith, 19th century wit, when he saw two women shouting at each other from houses on opposite sides of an Edinburgh street.

What is the difference between capitalism and socialism? Answer: In a capitalist society, man exploits man, and in a socialist one, it’s the other way around. ‘An apple a day keeps the doctor away’- goes the old saying. Compare it with ‘a pill a day keeps the baby away’ and you get an idiomatic pun. Then you have grammatical pun. ‘Coke refreshes you like no other can’. Here ‘can’ supplies the pun.  ‘We suit you’- consider this advertisement for a tailoring shop and you get semantic pun. There is no dearth of aspersions about marriage. He must be a great humorist who said ‘To some marriage is a word; to others - a sentence.’

Here are some more puns: ‘Birth control is a method of evading the issue’.’An infant is a born sucker’. ‘An elephant makes free trunk calls’. ‘A dentist is a person who lives from hand to mouth’. ‘I like archery, but it’s hard to see the point’. ‘Road to success is always under construction’ (Lily Tomlin). ‘I'm a big fan of whiteboards. I find them quite re-markable.’ ‘Horse is a very stable animal’.

As the most commonly spoken language in the world, English has reached every corner of the globe. But sometimes the message gets scrambled along the way ending in unintentional communication comedy – often the result of bad translation. You are invited to take advantage of the chambermaid (Japanese hotel).We serve five o’clock tea at all hours (Hotel at Paris). After one visit we guarantee you will be regular (India). My intensity and focus are at inordinately high levels and my ability to complete projects on time is unspeakable. (Resume)

A bad pun is a potentially pun-ishing experience. For example, the shoe company Foot Petals used this one in an ad campaign: ‘Shoe-icide is not the answer’. The ad included a picture of shoes with feet and legs attached hanging upside down in a noose. They probably got a few laughs out of that, but they were most likely the uncomfortable kind. It’s not hard to see why many find this reckless and a bit insensitive as opposed to clever wordsmithing.

Lastly, Lynne Truss in his book titled ‘Eats, Shoots and Leaves’ writes: A panda walks into a café. He orders a sandwich, eats it, then draws a gun and fires two shots in the air. “Why?” asks the confused waiter, as the panda makes towards the exit. The panda produces a badly punctuated wildlife manual and tosses it over his shoulder. “I’m a panda” he says, at the door. “Look it up”. The waiter turns to the relevant entry and, sure enough, finds an explanation. “Panda. Large black-and white bear-like mammal, native to China. Eats, shoots and leaves”.