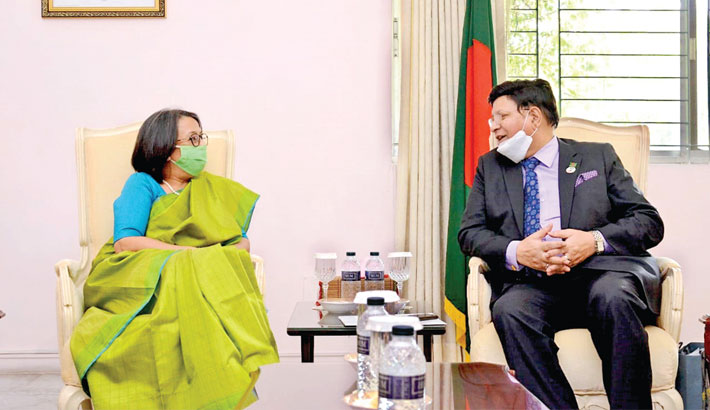 He made the request when the outgoing Indian High Commissioner Riva Ganguly Das made a farewell call on Bangladesh Foreign Minister at state guesthouse Padma in the city on Wednesday.

Momen laid importance on timely completion of all the projects being implemented under the Indian Line of Credit (LOC).

The Foreign Minister also urged India to reopen all the land ports which are closed due to COVID-19 pandemic.

The Foreign Minister expressed satisfaction over the progress on bilateral issues in the JCC and wished the High Commissioner best of luck for her next assignment in New Delhi.