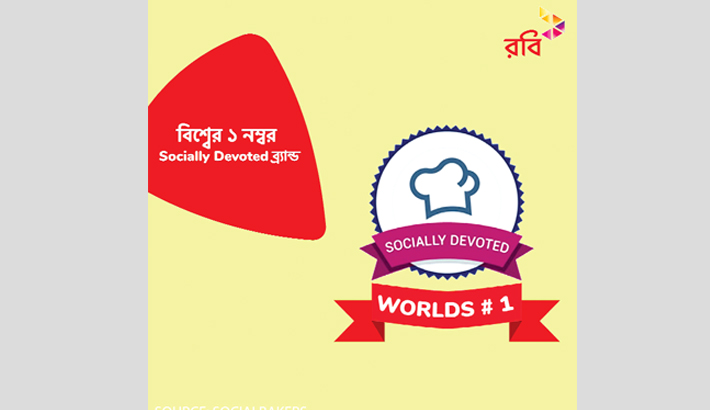 The leading digital services provider of the country, Robi Axiata Limited has been again recognised as the best socially devoted brand in the world for the second quarter (Q2’20) of 2020, winning the award for consecutive quarters by the globally renowned online analytics organization, Socialbakers.

The recognition is not unfamiliar to Robi, as the company topped the list several times before. The ranking is based on a company’s score against three criteria; the number of fans and followers on its social media platform, response time and response rate, said a press release.

According to Socialbakers’ analysis, Robi topped the list with more than 11 million fans, an average response time of 5 minutes and a stunning response rate of 99.84 percent. That means almost every query that was placed by the customers on Robi’s social media platform has been answered promptly in a quickest possible time.

As a customer centric company, Robi strives to provide 24/7 correct, real-time and engaging responses to its customers and fans over the social media platform with its adequately trained resources. Regular benchmarking of online response rate and adoption of state-of-the-art technology, tools and techniques have allowed Robi to top the global chart of Socialbakers.