Fizz not hung up on past 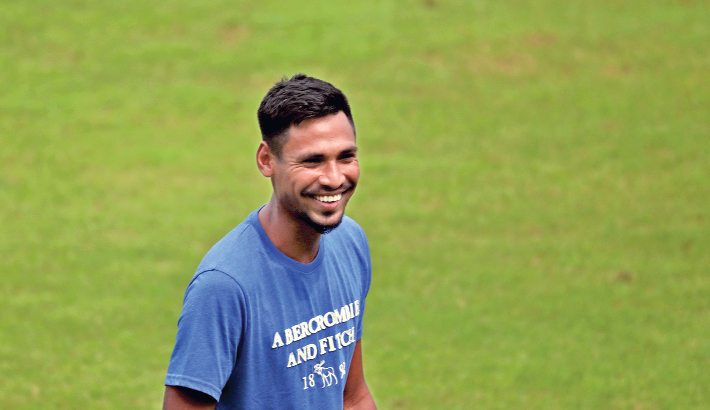 Bangladesh pace bowler Mustafizur Rahman feels that there is no point getting disappointed for missing out on the opportunity to play in Indian Premier League (IPL).

For Mustafizur, cancellation of the Sri Lanka tour came as a double blow as not only it ruled out his chances of making a Test comeback but also Bangladesh Cricket Board (BCB) did not grant him No Objection Certificate (NOC) for the ongoing IPL due to international commitment despite the fact that two IPL franchises, Mumbai Indians and Kolkata Knight Riders, wanted to sign him.

“It would have been great if we were able to play the Test series. Sri Lanka's proposal to have us quarantined for 14 days was not acceptable for us,” said Mustafizur.

“You cannot sit in your room before such an important series, no matter how hard you train. BCB tried, but the 14-day quarantine period is part of their protocol. I think we should respect it,” he said adding that he feels that if BCB knew that this series would get called off, he would have gotten NOC for IPL.

“If BCB knew that Sri Lanka series would be postponed, they would have given me the NOC for IPL,” he said.

“I may have earned BDT one crore had I played the IPL,” Fizz said, who had previously played for two IPL franchises namely Sunrisers Hyderabad securing his services for Rupees 1.40 crores in 2016 and Mumbai spending Rupees 2.20 crores to include him in their side in 2018.

Last time when Mustafizur did not take part in Pakistan Super League, BCB compensated him with BDT 30 Lakh but this time round he is not going to be that lucky.

BCB did not provide NOC to Mustafizur In 2016 to feature in PSL when he was picked by Lahore Kandahar’s as part of injury precaution and later compensated him.

“As he had injury concern, we did not allow him to go and we tried to compensate him,” said BCB Cricket Operations Chairman Akram Khan.

“This time it’s a different. He was picked by a team in PSL while the negotiation was in preliminary stage in IPL. We have not given him NOC due to national interest so there is very little chance of providing him any compensation,” added Akram.

Mustafizur is now hoping to return to the cricket field soon with domestic cricket after missing out on international cricket and IPL,