Minni, 5 others to die for Rifat murder 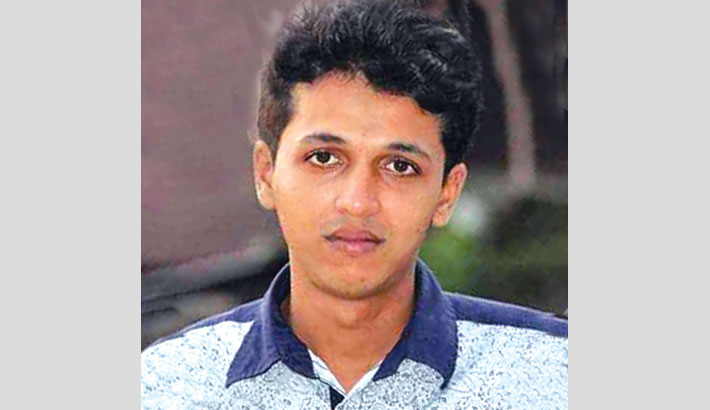 Six people, including Ayesha Siddiqa Minni, were sentenced to death by a court in Barguna on Wednesday for killing her husband Rifat Sharif over a conjugal conflict.

Judge Md Asaduzzaman of Barguna District and Sessions Judges’ Court handed down the verdict in presence of all the accused in the dock. 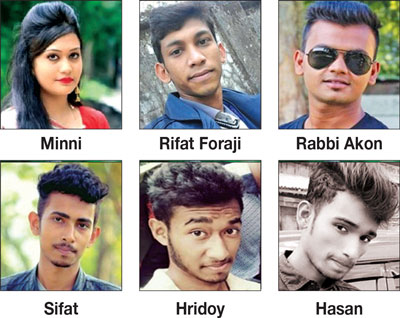 The court also fined each of the convicts Tk 50,000 in the sensational murder case.

The court acquitted four other accused -- Rafiul Islam Rabbi, Md Sagar, Kamrul Islam Saimun and Md Musa alias Musa Bond -- as the charges against them could not be proved beyond reasonable doubt.

Public Prosecutor Bhu-ban Chandra Hawlader told reporters that the court in its verdict said Minni was the mastermind behind the Rifat murder.

“She secretly married Nayan Bond before tying the knot with Rifat Sharif.”

Mahabubul Haque, lawyer of the plaintiff, told reporters that the judge in the verdict said the murder took pale as per the plan of Minni.

“Prior to the murder, Minni phoned Nayan Bond 44 times in a month while Nayan phoned Minni for 16 times. They also exchanged SMS many times,” he said.

Minni, a first-year student at Barguna Government College, was seen in a video clip that she was trying to save Rifat from the attackers.

She was also an eyewitness in the case. But the investigators found Minni’s involvement with the murder and so her name was included in the charge sheet.

Minni along with her father appeared in the court. After the delivery of the verdict, the court cancelled Minni’s bail and sent her to prison along with other convicts.

In a reaction to the verdict, Minni’s father Mozammel Haque Kishore said, “We haven’t got justice. My daughter is a victim of a conspiracy. We will appeal against the verdict.”

The court came up with the judgement after examining 76 prosecution witnesses on different hearing dates in the case.

The court on January 1 framed charges against the 10 young accused, including Minni.

However, trial of 14 juvenile accused was going on at Barguna Juvenile Court over the same incident.

On September 1, last year, police submitted two charge sheets to the court, accusing 14 juveniles and 10 adults in the case.

According to the case, Rifat Sharif, 22, an internet service provider, was hacked to death in front of Minni in broad daylight in Barguna town on June 26, 2019. The incident was caught on surveillance camera.

The brutal murder sparked widespread public outrage across the country after the footage of the murder incident went viral on social media.

In a video clip, Minni was seen screaming and trying to save Rifat from the attackers. However, Minni was arrested a few days later on charges of being involved with the killing.

Prime accused Sabbir Hossain Nayan alias Nayan Bond was killed in a gunfight with law enforcers on July 2 after his arrest in connection with the Rifat murder.