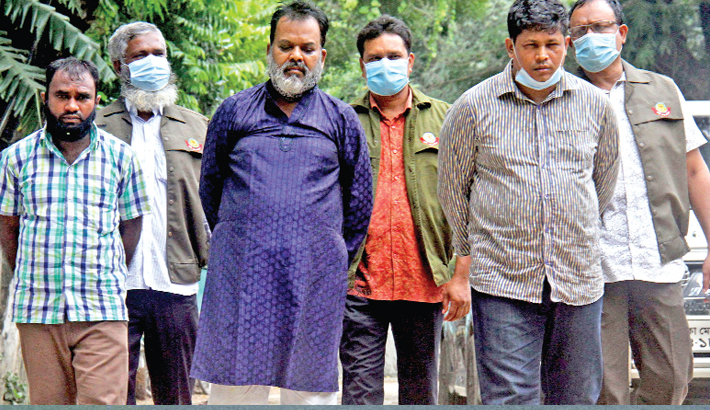 Police arrested three alleged robbers on chares of impersonating members of Detective Branch of Police and swindling people out of money during a raid in the capital’s Jatrabari early on Tuesday.

The arrestees are Mohammad Barek, Abul Kashem and Swapan Akhan.

Law enforcers also recovered a pistol, a cartridge, a bullet, a jacket with ‘DB’ written on it and a walkie-talkie.

Two cases were filed against them at Jatrabari Police Station.