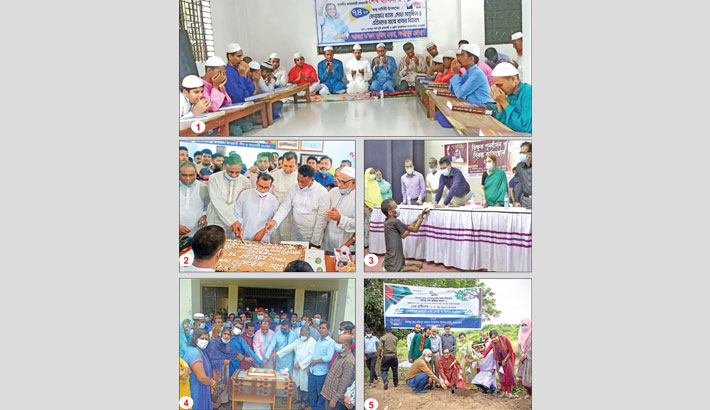 GAIBANDHA: The 74th birthday of the Prime Minister (PM) and Bangladesh Awami League President Sheikh Hasina was celebrated in the district amidst much enthusiasm on Monday.

District unit of Bangladesh Awami League and its front organisations have celebrated the day through various programmes including discussion meetings, doa, milad mahfil and special prayers.

A discussion meeting was held at the party office with Vice President of district Awami League Anwar Hossain Chowdhury in the chair.