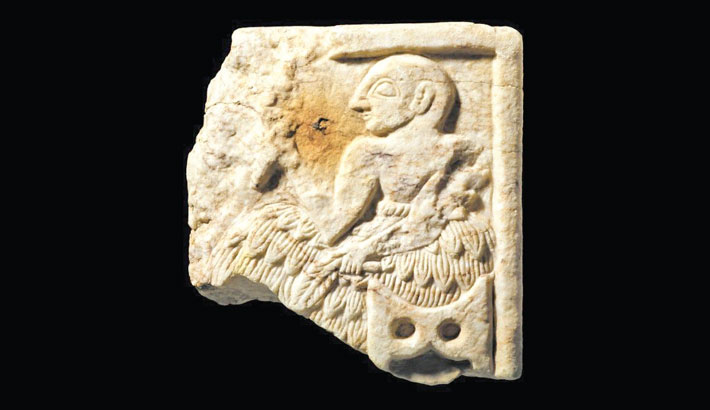 Britain will hand back a 4,000-year-old sculpture to Iraq after an investigation found that it had been looted, the British Museum said on Monday, reports AFP.

Museum experts were called by a specialist London police unit after an online sales platform offered the artefact for sale in May last year with only limited details of its provenance. Despite the online listing describing it as “a Western Asiatic Akkadian tablet”, the experts determined the limestone wall plaque came from an ancient Sumerian temple dating to around 2,400 BC.

The temple had been excavated and looted in the late 19th and early 20th centuries, looted again in the 1990s during the Gulf War and most recently in 2003 during the Iraq War, the museum said, without specifying when the plaque was taken.

“This important piece was illegally removed from Iraq and discovered by authorities in the UK,” the British Museum said in a statement.