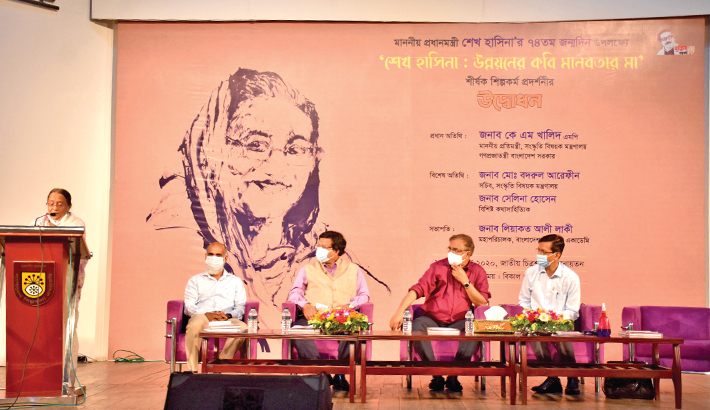 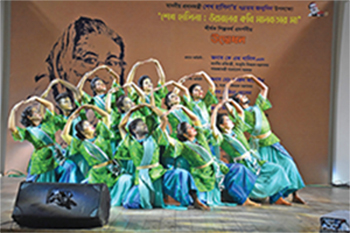 The Cultural Affairs Ministry and Bangladesh Shilpakala Academy have jointly organised the exhibition.

State Minister for Cultural Affairs K M Khalid inaugurated the exhibition as the chief guest at the National Art Gallery of BSA at 04:00pm.

Photographs, paintings and instillations based on Prime Minister Sheikh Hasina’s life and works will be showcased at the exhibition. The exhibition will continue till October 27.

Sheikh Hasina, the eldest daughter of Father of the Nation Bangabandhu Sheikh Mujibur Rahman, was born at Tungipara in Gopalganj on September 28 in 1947.