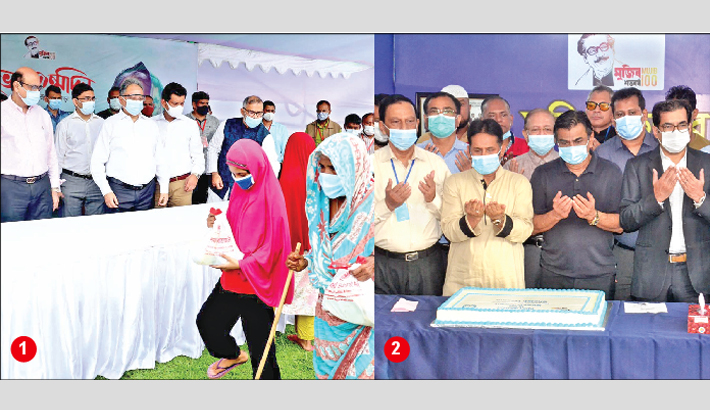 (1) Bangladesh Cricket Board President Nazmul Hasan Papon along with BCB directors hand over food aid to needy people on the occasion of the 74th birth anniversary of Prime Minister Sheikh Hasina in the capital on Monday. (2) Bangladesh Football Federation President Kazi Salahuddin along with others pray for a long and healthy life for Prime Minister Sheikh Hasina at BFF House on Monday.

Bangladesh Cricket Board (BCB) arranged a special prayer for her long and healthy life at National Cricket Academy ground on the occasion of the day. BCB also distributed food among needy and orphans there. BCB President Nazmul Hassan and other officials were present in the program.