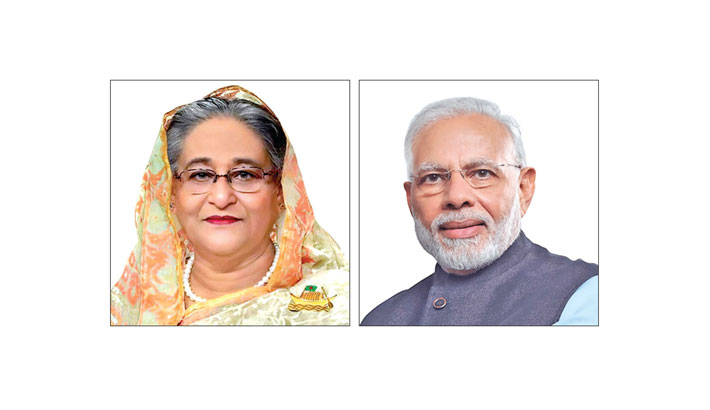 As part of strengthening high-level political engagements, Bangladesh and India are planning a series of events, including a summit level meeting, in the coming months, aiming to address their pending issues and further expand cooperation in wide range of areas.

Diplomatic sources said both the next-door countries have taken up a series of initiatives, but most of them have been stalled due to the Covid-19 pandemic.

As the situation is not allowing for physical movement, the two countries have decided to carry forward the initiatives through virtual platforms.

Talking to reporters on Monday afternoon, Foreign Minister AK Abdul Momen said the Prime Ministers of India and Bangladesh are expected to hold a virtual meeting in December.

“India is the biggest neighbour and best friend of Bangladesh and we have many things to discuss,” he mentioned.

Momen also indicated the inking of bilateral deals during the virtual meeting between the Prime Ministers of Bangladesh and India.

Diplomatic sources said the two leaders at their meeting will review the entire range of bilateral issues, with special emphasis on resolving the pending ones, including the conclusion of Teesta River Water Sharing Agreement.

They said if the corona situation improves, the two countries are also expected to hold a high-level visit before the end of the Mujib Barsho on March 17, 2021.

“We still have time… let’s hope for the best of a possible visit by the Indian Prime Minister to Bangladesh before the conclusion of Mujib Barsho. But everything depends on the COVID-19 situation,” said a high government official.

This will be the sixth JCC meeting going to be held digitally in the wake of the Covid-19 pandemic.

The two foreign ministers will discuss a wide range of issues, including Rohingya crisis, water sharing in common rivers including Teesta, cooperation in areas of energy, connectivity, trade and border issues will dominate that talks at the Bangladesh-India Joint Consultative Commission (JCC) meeting.

Diplomatic sources in Dhaka and New Delhi said the foreign ministers of Bangladesh and India are also likely to discuss the draft of the water sharing deal of six common rivers — Monu, Muhuri, Khowai, Gomuti, Dharla and Dudhkumar, and will give a guideline to the officials concerned for holding the Joint Rivers Commission meeting as early as possible.

They said India is expected to announce the date for holding the long overdue JRC meeting during today’s JCC meeting.