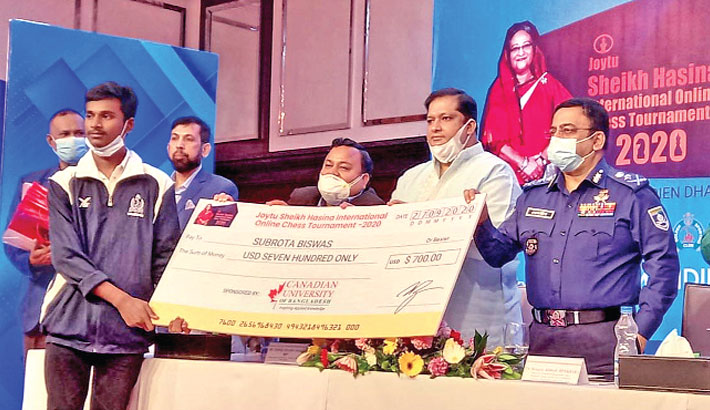 “Our Prime Minister Sheikh Hasina is closely monitoring the country’s sports sector. We’ve built 125 mini stadiums in different Upazilas to develop this sector. We’ve also planned to build more 186 stadiums in this fiscal year. We became champions in cricket and were successful in SA Games.  We're also working for the development of chess. We have a plan to arrange an international chess competition to celebrate the Mujib Borsho,” the state minister told the reporters.

Meanwhile, a total of 74 chess players including 17 grandmasters from 15 nations took part in the three-day tournament. Bangladesh formed a 49-member team including three grandmasters and Navy’s 12 players for the meet.