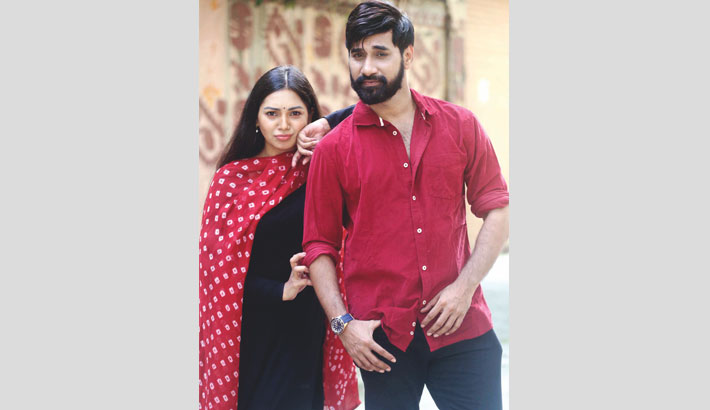 Actors Abdun Noor Shajal and Sadia Jahan Prova have paired up for a new drama titled ‘Easy Love Busy Mon’.  Directed by Sarder Rokon, the shooting of the play has been completed at a location in the capital last week.

Talking about the drama, Shajal said, “I have worked several dramas under the direction of Rokon. He always makes drama with good story. The story of the drama ‘Easy Love Busy Mon’ is also interesting. I’m very optimistic about the play.”

Prova said, “I always feel comfortable to work under the direction of Rokon bhai. He is a very talented director. He has made the drama ‘Easy Love Busy Mon’ with utmost care. I hope the audience will enjoy the drama very much.

Written by Saifur Rahman Kajol, the drama will be aired on a private TV channel soon.

Abdun Noor Shajal is an actor and model of the country. Shajal began his career through modelling before he started acting on television. In 2004, Shajal made his acting debut with the  drama ‘Tokhono Jante Baki,’. He got recognition as an actor in the drama ‘Hiraful’ directed by Afzal Hossain.  He also appeared in several films.

Sadia Jahan Prova is a model and actress.  She is also known as TV serial actress. She showed her performance in various drama and tele-film. She came into the media with a model. In a short time, she became very popular with viewers of all classes.