Nokia announces partnership with Bond film ‘No Time to Die’ 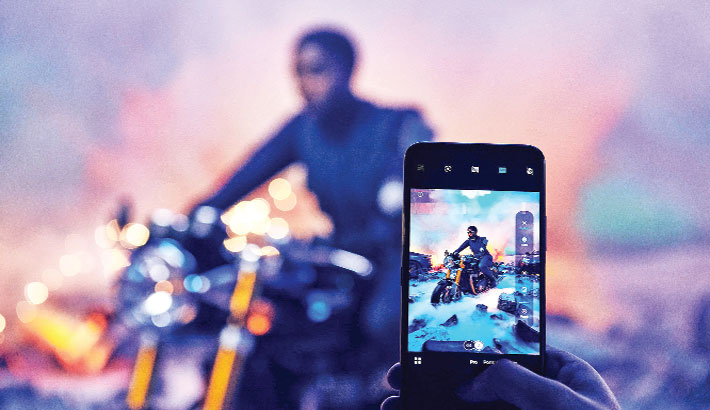 British actress, Lashana Lynch, who plays 00 agent Nomi in the forthcoming Bond movie No Time To Die, has been captured by social media ‘phone-ographer’ Ben Maclean as part of HMD Global, the home of Nokia phones, largest ever global marketing campaign.

Ben has over half a million followers on social media and is known for his creative photography and tricks, said a press release.

The shoot, which took place at the iconic Pinewood Studios, features Lashana Lynch as new 00 agent Nomi and the Nokia 8.3 5G in a Bond-inspired scene, with a series of epic effects and a 30 foot rig suspending Ben in the air to capture the ultimate shot. The Nokia 8.3 5G is ‘The Only Gadget You”ll Ever Need’.

The images follow the news announced in March, that HMD Global is the official phone partner for the 25th James Bond film, No Time To Die. The film features a range of devices including the Nokia 8.3 5G, a truly global, future-proof 5G smartphone that comes with a powerful PureView quad camera with ZEISS optics and the iconic Nokia 3310 fans know and love.

The partnership allows HMD Global to demonstrate its status as a global provider of AndroidTM smartphones, showcasing its commitment to security, speed and innovation, meeting the demands of the world’s toughest customers.

Lashana Lynch, who plays 00 agent Nomi in No Time To Die, said: “The world we live in now means we all have the ultimate gadget in our pockets, it’s amazing what smartphones can do nowadays. It’s exciting to be unveiling this new smartphone to celebrate the release of No Time To Die in November, and the Nokia 8.3 5G is proof that Bond gadgets are always ahead of the game.”

Trust, security and iconic quality design are the foundations every Nokia phone is built upon. We take great pride in making the latest technology accessible to everyone and look forward to highlighting this via our latest partnership”.