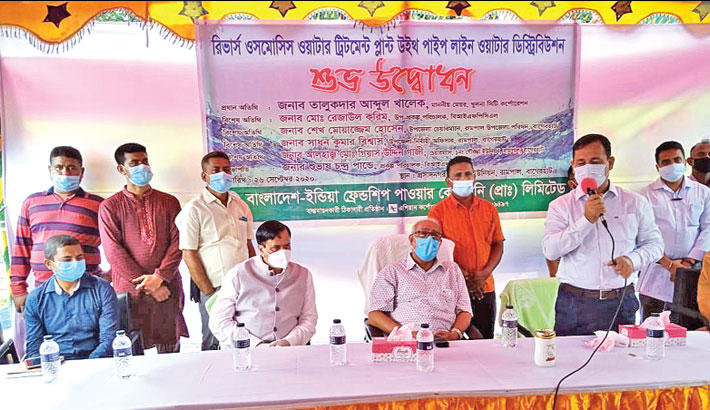 The Mayor came up with this remark at the inauguration ceremony of the four water treatment plants on Saturday in Gourambha union parishad premises in Rampal.

Speaking as the chief guest, Talukdar Abdul Khaleque said that Rampal Power Plant has been operating to ensure pure and safe drinking water for the common people of Rampal and Mongla Upazila.

Once the plant comes into electricity generation, it would be able to do more development activities for the welfare of the commoners in the region, Talukdar Abdul Khalique added.

In addition, the project works are going on in full swing to ensure the progress and complete the project.

Recently, BIFPCL has mobilized about six thousand workers from various parts of the country and skilled workforce from India during the post-COVID-19 situation.