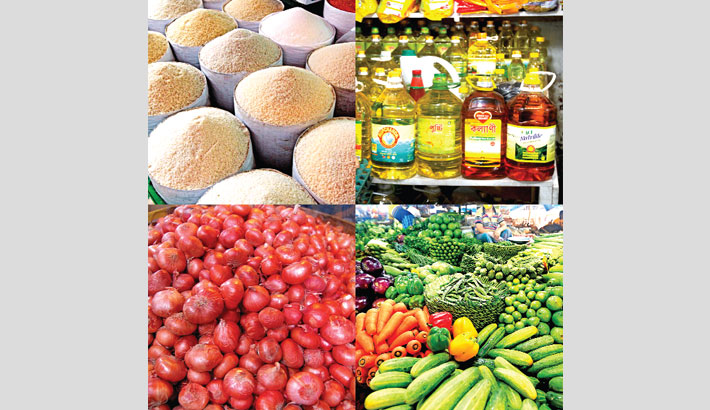 Prices of rice, edible oil and dry chili have increased in the kitchen market in the capital on Friday, creating more pressure on the wallets of the consumers.

Though the price of onion has decreased slightly in a week, the price of the most desirable spicesis still high compared to the last month price.

People have been hit hard by the rising cost of many essential commodities including vegetables amid the ongoing outrage of essential price in the last few months.

The fixed income grouppeople are struggling with the decline of income due to the Covid-19 pandemic.

Onion price has started to increase From September 6 in the country but the latest hike in onion price occurred on Tuesday soon after the government of India prohibited the export of all varieties of onion on Monday.

Amid the ongoing flood that caused severe damage to crops including vegetables in many producing hubs raised the price of vegetables in the last couple of weeks.

While visiting Mohammadpur Krishi market it was seen that price of early winter vegetables remainedsame as that in the higher range over the couple of weeks while tomato was selling at Tk 120-140 per Kg, beanat Tk 120 per kg, small size cabbage, cauliflower at Tk 40-50 per piece and carrotat Tk 80-100 per kg, same as the previous week.