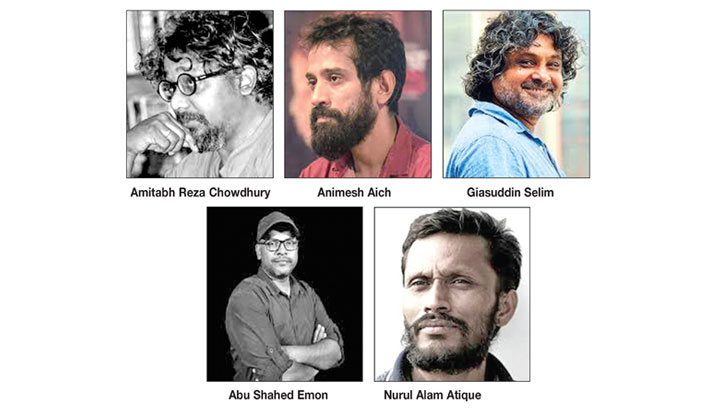 Five eminent small screen and film directors have made a five-episode anthology series (short films) titled ‘Bagh Bondi Shingho Bondi’ based on diverse experiences that people have faced during the time of coronavirus pandemic.

The series is based on various issues associated with the livelihood, social status; physical and mental distresses of the people of Bangladesh like the rest of the world during this pandemic are being depicted through five different stories. The stories are approximately 30 minutes length, written by the country’s top five film directors and makers. The scripts have been written and directed by their own. Experienced artistes of today have acted in these short films.

Viewers will be able to watch these series on Binge’s platform from 1 October, said a press release of Binge.

Among the films, the short film ‘Arai Mon Swapna’ has been directed by Abu Shahed Emon. In this film, the maker has highlighted the extreme financial crisis of the lower middle class people of the society during this crisis period. At the same time, various social anomalies have deepened their crisis also shown in this short film.

‘Mukh Asman’– another short film of the series has been made by eminent director Animesh Aich where the plot is based on the pain that is being faced by the frontline doctors and addressing the challenges during   this period.

Based on the story of a coronavirus infected patient being socially detached by showing a harsh mentality, veteran director Giasuddin Selim has made the film ‘Jatri’. The film is more about the benevolent character of a stranger who stands by the victims, even if they are expelled from their relatives.

‘Nishiddho Bashor’– the film depicts the moral and immoral activities in the society and the family relationships being affected by the coronavirus. The short film was produced by director Nurul Alam Atique.

All the short films were produced maintaining social distancing guidelines.

‘Bagh Bondi Shingho Bondi’ series can be seen in higher definition (HD) on both big and small screens (TV and android mobile handsets). In order to enjoy the Binge original contents in Android smartphones, viewers will have to download the Binge mobile app from Google Play Store.  Viewers with non-android TV can buy Binge device to watch contents on television.