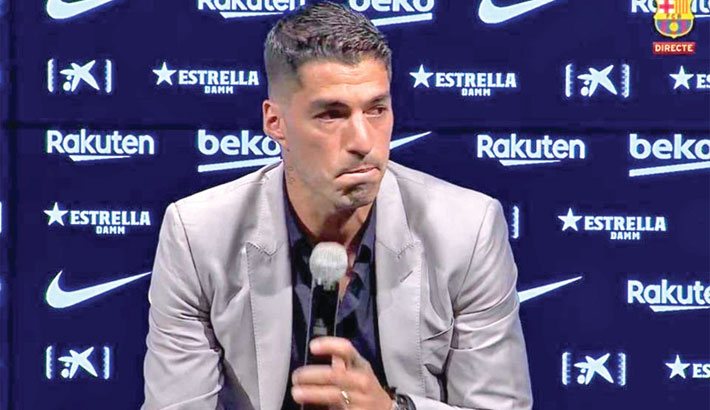 Luis Suarez cried as he bid farewell to Barcelona on Thursday but said he wants to prove he can still deliver at the highest level after joining La Liga rivals Atletico Madrid.

"This is improvised because I have nothing prepared," Suarez said wiping his eyes, having been introduced by the club's president Josep Maria Bartomeu.

The 33-year-old's move to Atletico on a two-year contract had been confirmed late on Wednesday night.

"I feel I'm capable of continuing to compete in this league," Suarez said. "I feel very eager and even more after the last year we had, when I had my injury, which also leaves you with a bittersweet feeling.

"I am going the way I'm going to keep playing, with fresh motivation, with the objective to show I can continue competing."