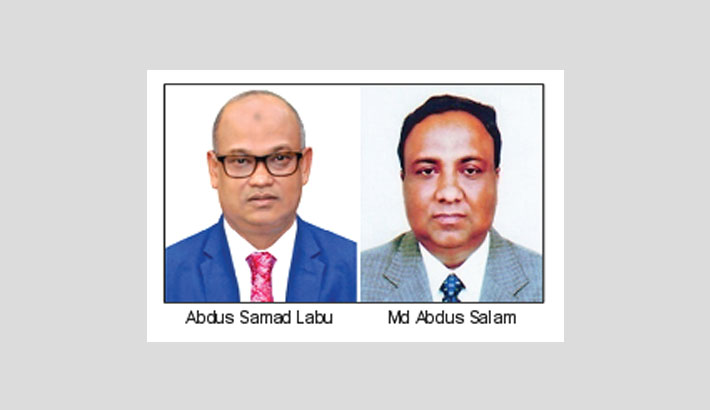 The 351st meeting of the board of directors re-assigned them as chairman and vice-chairman unanimously on Wednesday, said a press release.

Abdus Samad Labu is one of the founder directors of Al-Arafah Islami Bank Ltd. He is the vice-chairman of S. Alam Group, one of the largest industrial groups of the country.

He is the chairman of S. Alam Cold Rolled Steels Ltd.  He also is the Vice Chairman of Ekushey Television (ETV), a leading satellite TV channel of the country.

Abdus Samad is a great humaniterian who is involved in many social welfare and philanthrophic activities. He is an executive member of Baitus Saraf Foundation and Chattogram Samity Dhaka. Mohammed Abdus Salam is a prominent businessman from Chittagong.

He is the son of renowned businessman of Chattogram Alhajj Mir Ahmed Sawdagar, one of the Sponsor Shareholders and ex-Chairman of Al-Arafah Islami Bank Ltd. Mohammed Abdus Salam is the Managing Director of Mir Group, one of the largest business groups of Khatungunj, Chattogram.