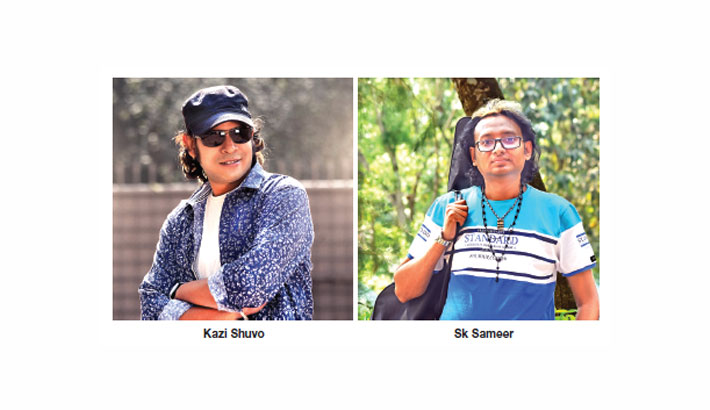 Singer Kazi Shuvo has lent his voice to a new song titled ‘Pakhi’. Tuned by Sk Sameer, the song has been released on the YouTube channel of D Music Station recently.

The track has been written by Alex Abdus Salam while DMR Santo Khan has directed the music video of the song. Farhan and Kotha have featured in the video as models.

About the song, Sk Sameer said, “I have collaborated with Kazi Shuvo in several projects before this song. But, the audience will find a new flavour in this song. Alex Abdus Salam has written some beautiful lyrics for the song and Kazi Shuvo sung it enthusiastically. DMR Santo Khan has made the music video of the song wonderfully. I hope viewers will enjoy the song”

Kazi Shuvo said, “It’s my pleasure that I’ve recorded a song under Sameer bhai’s tune. He is undoubtedly one of the talented musicians of the country. I have also tried to give my best to the song. I hope the song will be appreciated.”