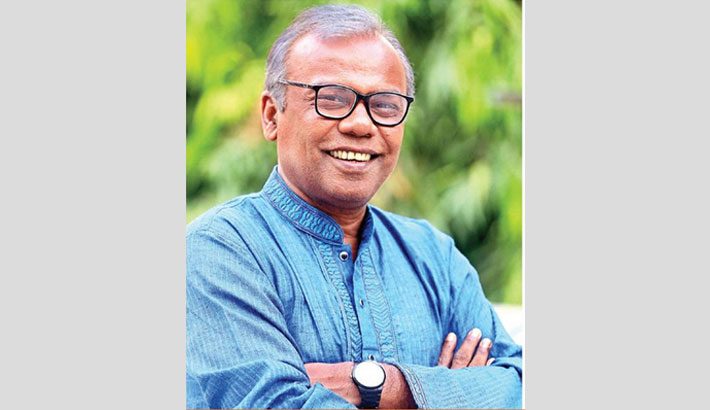 Fazlur Rahman Babu is one of the popular actors of the country. He has won the hearts of millions by his fabulous acting. He also carved a permanent place in the media industry. He is so talented that many directors find him indispensable for playing the role of some special characters.

Recently, the versatile artiste has completed shooting of a special drama tiled ‘Abodan’ written by Pappu Raj and SM Kamruzzaman Sagar. The drama will be aired on Channel i at 03:05pm tomorrow.

Talking about the drama, Babu said, “It is my first work under the direction of Kamruzzaman Sagar. He has made the drama with utmost care. Actually, the script and dialogue are heart touching. I got emotional while acting in the drama. I believe the audience will enjoy the drama.”

Produced by 1952 Entertainment, the other cast of the drama, including, Shaika Ahmed, Shibli Nowman, Mishti Jahan and Gazi Faruk.

Fazlur Rahman Babu is a noted actor of the country. He won Bangladesh National Film Award for Best Supporting Actor twice for his roles in the films ‘Shonkhonaad’ (2004) and ‘Meyeti Ekhon Kothay Jabe’ (2016). He has also been featured in an Indian film.

He started his television acting career in the soap opera ‘Mrittu Khuda’ in 1991. Babu has become popular for his humorous characters but his early career in stage dramas like Danab and Jay Jayanti was in serious roles.

Babu is a singer too. He emerged as a singer when he performed two songs in the film Monpura.

On the workfront, Babu-acted last drama was ‘Extra Artistes’ which was aired on Dhruba TV during the Eid-ul-Fitr. He got huge acclamation for the drama. Babu’s films ‘Paap Punno’ by   Giasuddin Selim, ‘Biswa Sundori’ by Chayanika Chowdhury, ‘Nonajoler Kabbo’ by Shumit are awaiting for release.