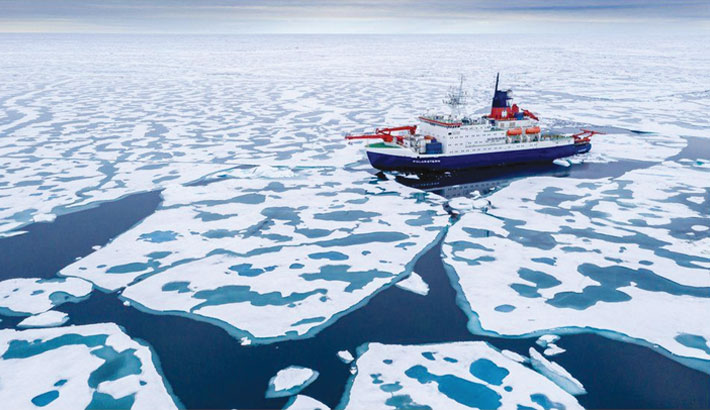 Arctic summer sea ice melted in 2020 to the second smallest size since records began 42 years ago, US scientists announced on Monday, offering further stark evidence of the impact of global warming, reports AFP.

Arctic sea ice melts in summer and reforms in winter, but precise satellite imagery taken regularly since 1979 documented how the cycle has been shrinking significantly.

The year’s minimum was reached on September 15, at 3.74 million square kilometers (1.44 million square miles), according to preliminary date from scientists at the National Snow and Ice Data Center (NSIDC) at the University of Colorado Boulder.

“It’s been a crazy year up north, with sea ice at a near-record low... heat waves in Siberia, and massive forest fires,” said Mark Serreze, director of NSIDC.

“The year 2020 will stand as an exclamation point on the downward trend in Arctic sea ice extent. We are headed towards a seasonally ice-free Arctic Ocean, and this year is another nail in the coffin.”

She added that the weak ice coverage this year is “in line with the overall downward trend of the past four decades”.