Airbus aims for hydrogen-powered plane by 2035 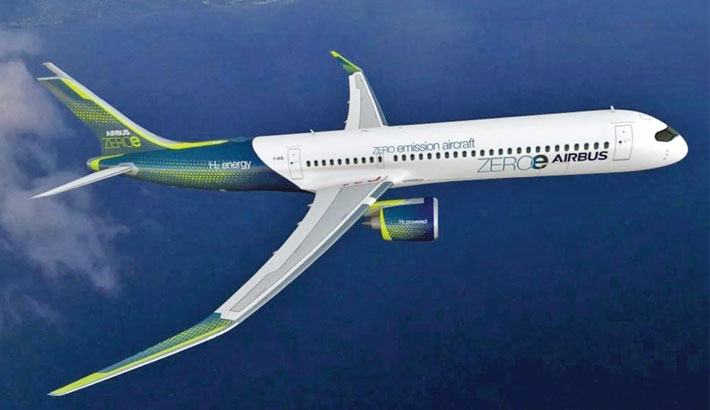 Airbus is aiming to put the world’s first hydrogen-powered commercial plane into service by 2035, the European aircraft maker’s boss said in remarks published on Monday, reports AFP. Hydrogen is a clean fuel, emitting only steam, but whether it is green depends on the carbon footprint of the fuels used to produce it.

France and other European countries are investing billions of euros in the development of green hydrogen, with the highly polluting transport industry a prime area for its intended use.

“It is our ambition to become the first aircraft maker to enter such a plane into service in 2035,” Airbus CEO Guillaume Faury told Le Parisien newspaper.

The development of decarbonised hydrogen fuel is a “priority axis of development” for Airbus, he said. The manufacturer has already been using hydrogen technology to power its satellites and the Ariane rocket.

Developing an aircraft that uses carbon-free fuel would not require “any major technological breakthrough”, Faury said.

The production technology would, however, still need around five years to reach maturity, and suppliers and industrial sites would need another two to be ready, he said.

“We could therefore implement the programme around 2028,” he said.

Aviation generates up to three percent of the world’s emissions of carbon dioxide, the main driver of climate change.