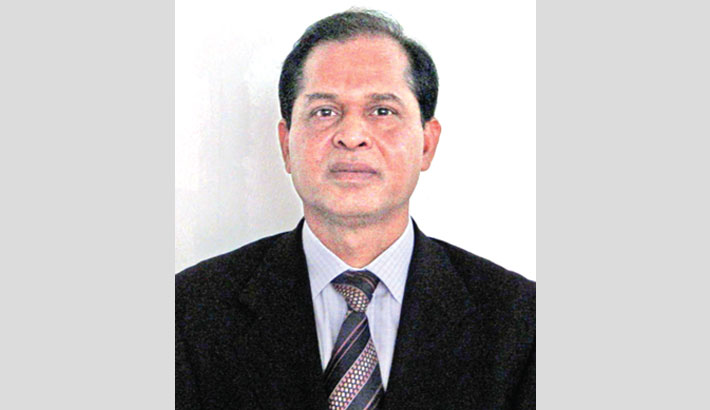 The International Day of Peace (“Peace Day”) is observed around the world each year on 21 September. Bangladesh observes the day every year like other countries of the world. However, this year the day was celebrated on a limited scale throughout the world due to the coronavirus pandemic.

The United Nations General Assembly, in a resolution, declared the International Day of Peace in 1981, to commemorate and strengthen the ideals of peace through observing 24 hours of non-violence and cease-fire. Initially the opening day of the annual sessions of the UN General Assembly, third Tuesday of September was fixed as the International Day of Peace, but in 2001 the date, 21 September, has been finalised. 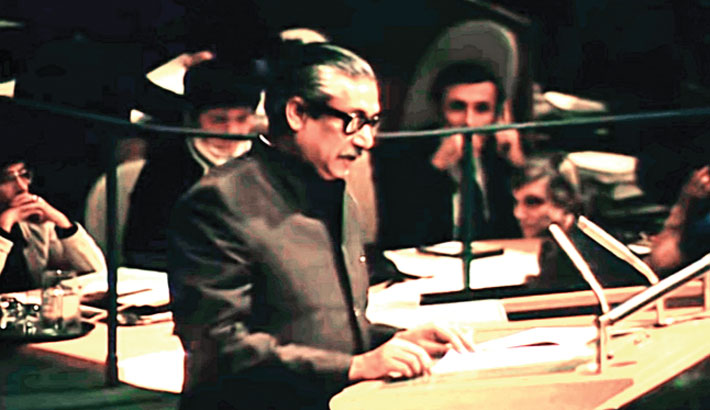 This year’s theme of the day is ‘Shaping Peace Together’. Yes, we should shape peace together with the utmost sincerity and commitment of the countries irrespective of their strength and economic status. Anyway, on this day, at least, our thoughts should be concentrated on the establishment of durable peace in the world.

We understand that the situation all over the world is not normal. The year started with something threatening. The world community is struggling against a common and invisible enemy, which could not be targeted under any powerful weapon including a nuclear bomb. Not only the people of developing countries are feeling helpless, also the people of developed countries are at a stake. However, no one can say that the enmity between countries is not present there, though the UN Secretary General Antonio Guterres has urged all warring parties to lay down their weapons and focus on the battle against this unprecedented global pandemic. This message of the UN Secretary General is very much intended for the armed parties, but it needs the unity of the world community to fight together against this pandemic.

But it seems no one is paying any attention to the appeals of the peace-loving people. The influence of power and the suppression of supremacy have not yet disappeared from the world. In fact, the people of the world are kept captive in the hands of some leaders or countries. Those, who could have established peace, are burning them with wars and conflicts. It seems that the voice for peace is reaching to their ears, but not their hearts.

On the occasion of the Peace Day, I would like to recall a person who, if survived, could have been the initiator to place the proposal of observing the International Day of Peace at the UN General Assembly much before 1981. He is none other than the Father of the Bangalee Nation Bangabandhu Sheikh Mujibur Rahman. It would be too long to describe his dedication, contribution and inspiration for the establishment of peace in the world. He understood the importance of peace for the development of humanity, freedom and well-being of the future world. He had also pointed out the basic requirements, like freedom, justice, equality etc, which were needed to be addressed to bring lasting global peace. But, we know, Bangabandhu did not have the opportunity to see his dreamt ‘world of peace’, where there would not be any exploitation, oppression, hunger, poverty, apartheid, economic disparity, or illiteracy.

While addressing at the UN General Assembly in 1974, Bangabandhu Sheikh Mujibur Rahman, the advocate of world peace, had said, “Peace is imperative for the survival of mankind. It represents the deepest aspirations of men and women throughout the world. Peace to endure must, however, be peace, based upon justice.” Bangabandhu was one of the few brave leaders in the world who, by heart and soul, fought for world peace and the rights of self-determination. He spoke for the oppressed, suppressed, exploited and rights-deprived people of the world.

During the period between January 1972 and August 1975, Bangabandhu met, talked, addressed and exchanged views at bilateral and multilateral meetings or forums more than fifty times. On each and every occasion, he boldly emphasised the importance of freedom and peace, and thus supported the people who had been struggling against colonialism, imperialism and apartheid for freedom and self-determination aimed at world peace and justice.

At the Commonwealth Heads of Government Summit in Ottawa (1973), Summit Conference of Non-aligned countries in Algiers (1973), Islamic Conference in Lahore (1974), United Nations General Assembly (1974) and Commonwealth Heads of Government Summit in Kingston (1975), Bangabandhu clearly urged the world leaders to stand by the struggling people of the world.

At the Commonwealth meeting in Ottawa, Bangabandhu, referring to the arms race, had said, “Can’t we do something to divert these resources so that they may contribute to alleviating human suffering and advancing human welfare? Can't we in the Commonwealth mobilise opinion against the continuation of the arms race and pollution caused by nuclear tests? Can’t we concern our efforts to contribute to creating an environment of peace in the world?”

Bangabandhu, in his speech at the concluding session of the Non-aligned Summit in Algiers, said, “I believe that everyone gave their best and more to the occasion because they were conscious that they were serving a great cause – the cause of peace, freedom and justice in the world.” At the Islamic Conference in Lahore, he said, “...that is why we need today to get our wisdom than ever before to harness this power, not to destroy, but to create; not to make war but to build peace; not to aggravate human sufferings, but to advance human welfare.”

World peace was the principle of Bangabandhu’s philosophy of life. So he raised his voice for the oppressed, no matter which part of the world they belonged to. For his contribution to establish peace, Bangabandhu was awarded the Juliot Curie Peace Medal by the World Peace Council in 1972. At the award-giving ceremony, held in Dhaka in 1973, he said, “We want peace everywhere in the world, and to strengthen it.” In November 1972, the Patrice Lumumba University presented the special Lumumba University Peace Medal to Bangabandhu to recognise Bangabandhu's laudable role for peace and independence. His sincere initiative and thunderous call to support the struggle for peace and self-determination of the oppressed people all over the world inspired the world leaders as well as gave them the courage to march forward.

Considering Bangabandhu’s contribution and commitment to world peace, can we approach the United Nations to dedicate one year’s observance of this day to Bangabandhu Sheikh Mujibur Rahman, focusing on his work and thoughts to establish lasting peace in the world?

While concluding, I would also like to give emphasis on the establishment of harmony among the people to bring peace in the society, particularly in winning this year’s battle against Covid-19. If the feelings of love, compassion, kindness and hope could be spread among the people, the world would be filled with lasting peace. Assembling the peace lovers, we can try for a united effort to achieve peace, and hopefully we may have a fruitful outcome.