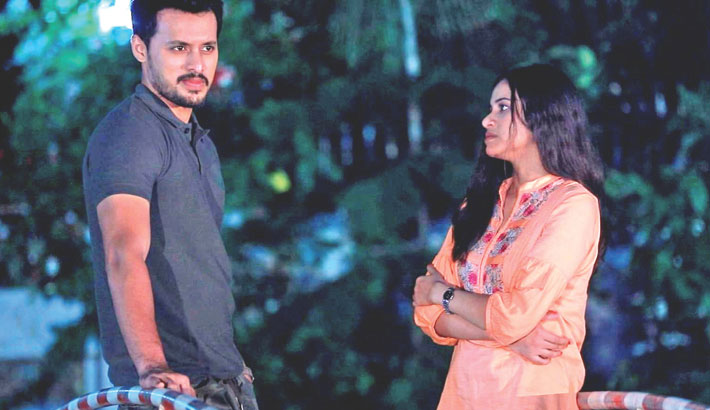 A scene from Arupar Golpo

The shooting of a single-episode drama ‘Arupar Golpo’ has been completed. The shooting of the play took place at a location at Amin Bazar of Savar on Saturday.

The story of the drama revolves around a young girl named Arupa whose marriage has been fixed with a Canadian expatriate. Before their marriage, they went for a short tour. Suddenly their car was disabled. At that moment some mobsters attacked them and Arupa’s fiancé flew away.

Then, Arupa kidnapped by the mobsters. Later, she managed to escape and met a young man named Arko on her way. Arko took her at his home. But nobody was there. Then the story continued...

The drama will be aired on a private satellite channel next month, said director Dipu Hazra.