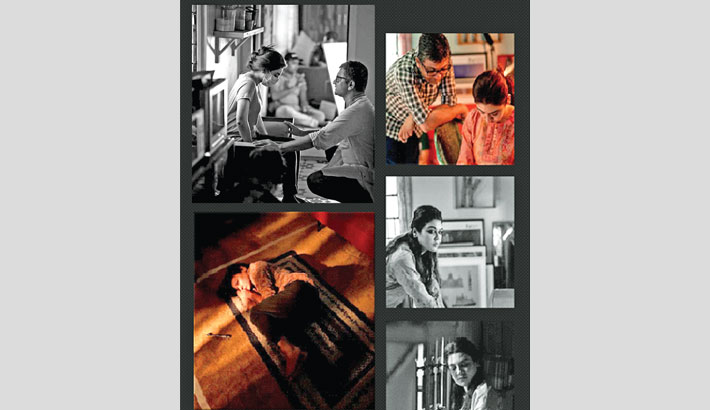 Popular actress Jaya Ahsan has completed shooting of a new feature film recently. The script of the film has jointly been written by Piplu R Khan and Nusrat Mati. Piplu R Khan has also directed the film.

Jaya Ahsan shared the news on social media on Sunday night. The name of the project is yet to be announced. The actress also posted five stills of her new film on her Facebook page.

“It was very tough to sit idle at home during the corona pandemic. One day, Piplu Khan called me and suggested that we make a short film. The short film was later turned into a feature film”, Jaya Ahsan said on her Facebook post.

Jaya Ahsan said, this is for the first time she participated in shooting of a film with only 10 cast and crew members. All the team members were tested for coronavirus twice, before they came to shoot. The filming wrapped up in 15 days.

“For sure, completing shooting in 15 days was just madness. It was a beautiful experience to work with some extraordinary people, she added.”

This is Piplu Khan-directed first feature film. He made his directorial debut with the docu-drama, Hasina: A Daughter’s Tale, in 2018.