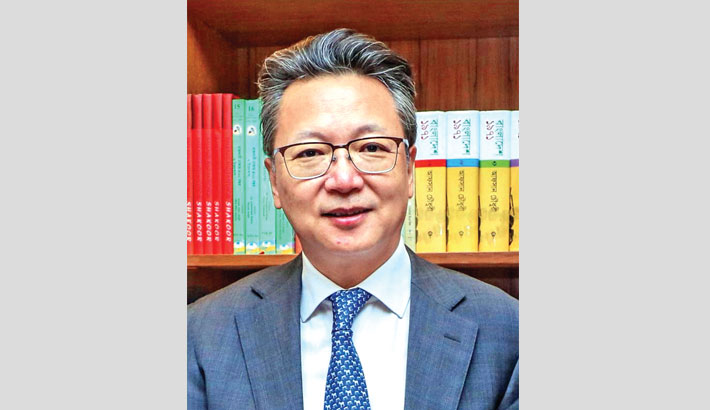 The year 2020 marks the 75th anniversary of the founding of the United Nations (UN). 75 years ago, the founding of the UN ushered in a new era in mankind's pursuit of peace and development. As a founding member of the UN, the largest developing country and a permanent member of the Security Council, China readily embraces the lofty ideals of the UN that amazingly echoes some of the most enduring values of the Chinese civilization.

In 2013, Chinese President Xi Jinping proposed to build a community with a shared future for mankind based on a new type of international relations, taking inspiration from a classical Chinese teaching that the world is equally shared by all and that people should live in harmony while preserving their own uniqueness, so stated by Confucius. We may never find out what exactly prompted the great philosopher to utter these words, but the ideas proposed by President Xi were quickly accepted at the UN and by the international community, partly because they were coincident with the UN’s vision in nature. Such a connection also explains why China's position on UN-centered multilateralism has always been generally supportive–and in almost every aspect. 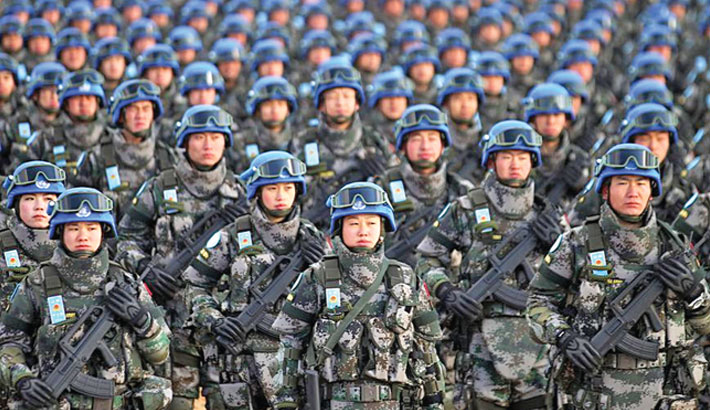 The UN in the World Today

Compounded by COVID-19, the world today is undergoing a “once-in-a-century” transformation that sees more turbulence and uncertainties than in any time since the end of World War 2. While peace, development and multilateralism remain the theme of our times, they seem to be losing grounds to rising protectionism, unilateralism and bullying practices. It was under such circumstance that the 75th Session of the UN General Assembly opened on 15th Sept., where Secretary General António Guterres noted that engulfed by an ever more polarised and divided global environment, the UN is facing its own “1945 moment”, and thus must respond to aspirations for international cooperation and uphold the vision of the Charter with “unity like never before”.

In its 75-year history, the world’s most universal, representative and authoritative intergovernmental organisation has significantly shaped the world into a better place by moving billions of people towards modernisation and promoting equitable development and partnership among countries. To address the common challenges the humanity faces, the UN established the Millennium Development Goals and the 2030 Agenda for Sustainable Development that have since become canonical or almost all member states.

But today, the UN is feeling the burns of nationalist sentiments and populist appeals across the hemispheres which erode globalisation and multilateralism that the organisation is built upon. The time is calling for actions and reforms within the UN system to keep up with the evolving situation. To meet its “1945 moment”, the UN will have to work to re-bind the international community, and create a more inclusive and balanced cooperation architecture based on a new set of fair and just international orders.

On Peace and Security

It’s not difficult to notice that historically, the Chinese civilization was never keen on military power or territorial expansion–it was not even good at it, if you must say. Similarly, as a modern country, China has always been a champion for world peace and security, who is committed to developing friendship and cooperation with all countries on the basis of the Five Principles of Peaceful Co-existence. Under the UN-centered international system, it develops what is necessary for defending its sovereignty and national interest, and safeguarding international justice and equity, yet never seeks to interfere in other countries' independent choice through military coercion or power politics.

China trusts the Security Council, as the apex international security mechanism, to maintain international peace and security and work for political settlement of multilateral issues. As the UN is in need to further improve the peacekeeping capacity to fulfill its mandate, China has been making meaningful contributions by dispatching more than 40,000 peacekeepers to over 30 missions, and registered an 8,000-strong standby force and a 300-member permanent police squad, making it the biggest troop contributor among the permanent members of the Security Council.

On other hotspot issues, China supports the establishment of an independent Palestinian state, adheres to treaties on the non-proliferation of nuclear weapons and other destructive weapons for steadily advancing the international non-proliferation regime, and actively looks for political settlement of major regional issues such as the Korean Peninsula nuclear issue, the Iranian nuclear issue, Afghanistan, Myanmar, the Middle East, and Syria.

The COVID-19 pandemic has ruthlessly exposed the weaknesses and deficiencies in our public health response system, but also acutely reminded us of the importance of a secure and reliable global health network, especially for people from the developing world. From the onset of the disease, China has been proactively responding to the UN-initiated Global Humanitarian Response Plan: a cash donation of US$50 million to WHO, assistance in kind to over 150 countries and international organisations, and medical exports to more than 200 countries and regions. At the opening of the 73rd World Health Assembly, President Xi Jinping announced a set of measures China would take to help address the pandemic, including US$2 billion over the next two years, the establishment of humanitarian depot and cooperation mechanism with the UN and other countries, the Debt Service Suspension Initiative among the G20 members, and Chinese COVID-19 vaccine as a public good. And there is much more to be done to defeat this sneaky foe. The international community must work together to increase information sharing and action coordination, speed up the research and development of medicines and vaccines, help less developed countries cope with the emergency, while also devising a way towards economic recovery.

At the same time, the pandemic once again rang alarm bells on the gravity of the non-traditional security threats the international community faces, the resurgence of terrorism, global biology and food security, and information and data security being among the most predominant of them. China believes that a holistic and integrated approach should be adopted to tackle these security issues from the root cause. Members of the UN need to discard biases and double standards, enhance mutual trust and dialogue, and work for a coordinated and balanced order in each of the areas.

Especially in terms of information and data security, as the ICT revolution is advancing rapidly and the digital economy thriving, the global data security is facing increasingly salient risks and challenges. Global competitions in advanced information technologies such as 5G are further intensifying. Therefore, the pressing task is to develop an international code of conduct for cyberspace that is acceptable to all. To this end, China has proposed the Global Initiative on Data Security, which mainly focuses on providing a healthy and fair environment for the ICT development and fostering a peaceful, secure, open, cooperative and orderly cyberspace. It is a common responsibility for all governments and companies to shoulder in the digital era.

On a New Development Paradigm

There are so many more problems we face today that are just as dire and have no easy fix: climate change, irregular migration, human rights violation, gender equality, poverty.......just to name a few. But essentially, these are issues entrenched in the same unbalanced development model we have come to familiarise ourselves with over the past decades. Now the world is longing for a new kind of development paradigm, one that is innovative, coordinated, green, open and shared by all. And China is all for it.

Domestically, China has started to shift towards the new development model through building a moderately prosperous society in all respects and advancing the implementation of the 2030 Agenda for Sustainable Development (SDG). China has well ensured that the basic needs of its 1.4 billion people are met, and will eliminate poverty by the end of this year. To pursue a harmonious coexistence between man and nature, the government is strongly encouraging green, low-carbon, circular and sustainable ways of life and production, reaching its climate target for 2020 ahead of schedule. The country is also vigorously promoting human rights and women empowerment at home, especially through greater and more inclusive development.

On the international front, China is working with many partners to promote changes for a more sustainable and balanced way of development. Within the South-South cooperation framework, China is helping other developing countries with their implementation of the 2030 SDG. So far, it has assisted with 180 poverty reduction projects, 118 agricultural cooperation projects, 178 aid-for-trade projects, 103 projects on ecological conservation and climate change, 134 hospitals and clinics, and 123 educational and vocational training institutes. China is among the first state parties to the United Nations Framework Convention on Climate Change (UNFCCC) and has been advocating for effective implementation of the UNFCCC and the Paris Agreement. The country firmly supports the UNHCR and other multilateral organisations as the main channel in addressing human rights issues, including migration of the refugee issues, in an impartial, objective and non-selective manner to avoid any form of politicisation. China is also the largest contributor among developing countries to UN Women with a donation of US$10 million.

On the Reforms of the UN and the Future

With all being said, there is little doubt that it should be the UN that responds to the concerns of international community, promotes peaceful resolutions of security risks, leads the problem fixing process and pushes for the global transformation towards a better development paradigm. But for the UN to rise to the occasion in this new era, it is imperative for the organisation to improve its efficiency, strengthen its supporting capacity, enhance oversight and accountability, and increase the representation of the developing countries who account for four-fifths of the UN membership and 80% of the world population. This is no easy task, but it is a task must be completed if the UN is to continue to function as the focal point of international cooperation and dialogue.

As one of the founding members and an integral part of the UN, China will surely offer its best support to help with the reforms. Always a team player, China stands ready to work with all the UN members, including Bangladesh, to build a community with a shared future for mankind where everyone could enjoy universal security, common prosperity and lasting peace.