Under the Blue Helmet for Three Decades 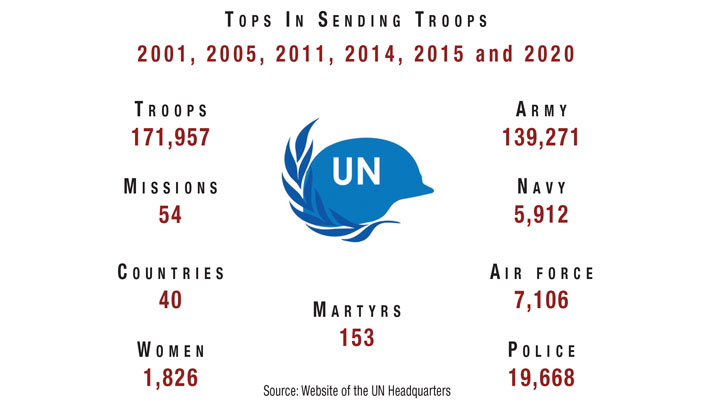 As a country deploying peacekeepers in the United Nations (UN) peacekeeping missions, Bangladesh has once again surpassed all other countries in the world in gaining the rare honor of being ranked first and has honored and glorified the country and the nation in the international arena.

This information has recently been published on the website of the United Nations Headquarters.

The United Nations peacekeeping force is working to bring peace to the war-torn country for the sake of world peace, security and development. Bangladesh has always been a proud partner in the implementation of UN peacekeeping operations.

Bangladesh has always been committed to establishing peace, security and security in various disputed areas of the world. And in order to uphold this firm commitment, the Bangladesh Armed Forces and the Police Force have been very successfully participating in the United Nations International Peacekeeping Operations and fulfilling their assigned responsibilities.

In addition, 1,826 women peacekeepers of the Bangladesh Armed Forces and Police Force have set a significant example in the empowerment of women and the implementation of gender equality by actively participating in UN peacekeeping missions.

A total of 153 peacekeepers of the armed and police forces have so far died.