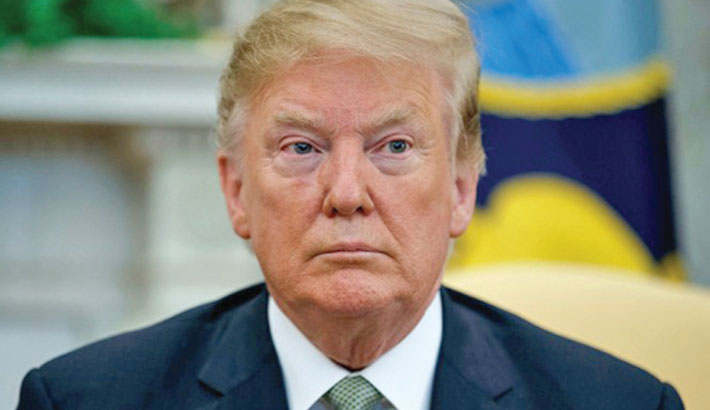 WASHINGTON: Voters got their first dose of a side-by-side between US President Donald Trump and former Vice President Joe Biden during separate town halls this week, reports CNN.

It’s a lead-up, of sorts, to the first presidential debate coming at the end of the month. It comes not a moment too soon, as in-person early voting began on Saturday in Virginia, Minnesota, South Dakota and Wyoming. Some voters faced long (and socially distant) lines today to cast ballots that will count toward November’s election.

But as the pandemic rages and America approaches yet another grim milestone -- 200,000 deaths—Trump claimed there will be enough doses of a Covid-19 vaccine for every American by April.

Earlier this week, Dr. Robert Redfield, director of the US Centers for Disease Control and Prevention, said in a Senate hearing that the American public could expect to start seeing results from widespread coronavirus vaccination in the second or third quarter of 2021. Even if a vaccine were released today, it would take six to nine months for enough people to receive it to create immunity, he said.

A new poll this week found 62% of Americans believe the FDA would cave to pressure from Trump and push through a Covid-19 vaccine before ensuring it is safe and effective, according to the Kaiser Family Foundation.

Even Trump’s announcement today of $13 billion for Puerto Rico to help rebuild from Hurricane Maria, which hit the island three years ago, raised suspicion about its proximity to Election Day. In his announcement of the aid, the President did not acknowledge his administration’s bungled response to the deadly hurricane, instead blaming past presidential administrations and Democrats for not supplying the funding his administration provided.

Trump’s relationship with Puerto Rico has been strained, at best. The President reportedly considered selling the island territory after the hurricane hit. Meanwhile, Florida, a crucial swing state where recent polls show Trump and Biden neck and neck, has seen an influx of Puerto Ricans who resettled there after the hurricane decimated the island.

Trump defended the move, telling reporters on Friday, “I’m the best thing that ever happened to Puerto Rico.”