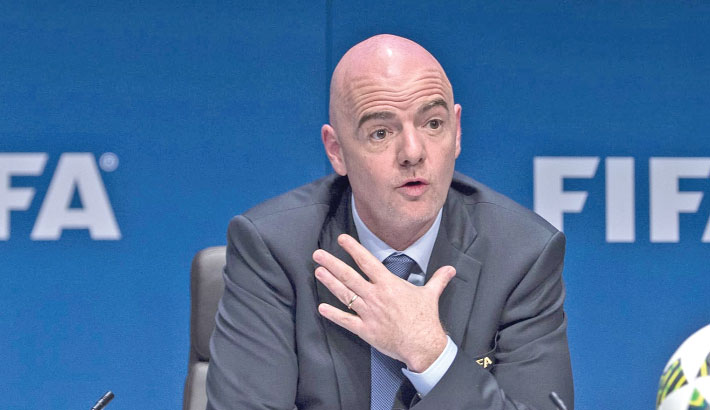 FIFA president Gianni Infantino on Friday defended his fight "against corruption" in football in spite of being under criminal investigation in Switzerland since the end of July.

Infantino said Friday at the opening of the 70th FIFA Congress held by videoconference with delegates from 211 member federations that he believed he had restored the integrity of the body after a wave of scandals.

"We will never again have corruption in football... We have excluded it and we will not let it come back," promised a bullish Infantino who also referenced his predecessor Sepp Blatter, ousted in 2015.

"FIFA became victim to corrupt officials -- that's not what I say, that's what courts say all over the world, and FIFA is still suffering from that.

"In 2015 FIFA was toxic, was pronounced dead. An organisation that had served itself from football, had used football, instead of serving football."

Infantino, in charge of world football's governing body since 2016, is the subject of an investigation over suspected collusion between him and Swiss attorney general Michael Lauber, who resigned in July over his handling of a corruption investigation targeting FIFA.