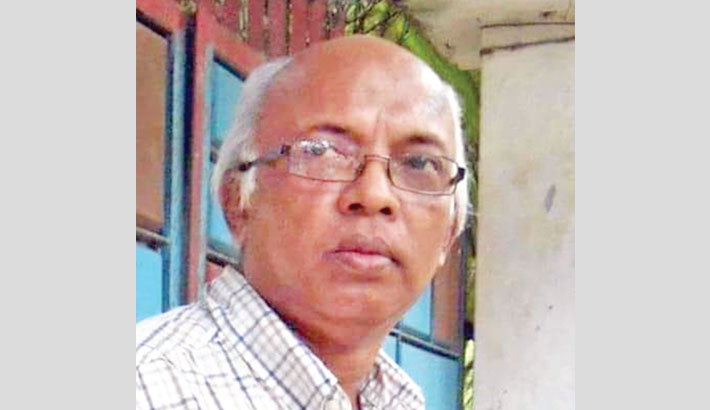 In December last year, while presiding over a meeting of the Executive Committee of the National Economic Council (Ecnec), Prime Minister Sheikh Hasina expressed her annoyance at the unnecessary foreign trips undertaken by government officials. It was an expression of sentiments welcomed by citizens.

And yet nothing has appeared to change. We learned only weeks ago of the thirteen overseas trips made by a senior government official in a period of nineteen months, a number of them with his spouse and children in tow. The difference between this official and others in the administrative structure is that he was the one who got caught by the media. The others have lain low.

And now we have before us all this noise about a projected trip abroad by officials to learn all about mid-day meal programmes for school children. Much debate has been generated over the report, with the junior minister and the secretary of the primary and mass education ministry stepping to try attempting explanations for the visit. They do not appear to have grasped the idea that the very thought of sending officials abroad to see how food items are bought in the market, how khichuri --- or kedgeree --- is then cooked and distributed to children in schools is simply preposterous.

It is preposterous for a couple of reasons. In the first place, for government officials to be sent abroad for training in or learning about cooking mid-day meals for school children is a cruel joke for our struggling masses. In the second, in a country where we have all grown to adulthood through tasting sumptuous khichuri cooked by our grandmothers and mothers, we are now being informed at official levels that we need foreign training to prepare and eat that very same khichuri.

In our social conditions where the preparation of food has been part of deeply rooted traditions, it is a mockery to suggest that government officials, spending unimaginable quantities of state resources, should now travel abroad to see how mid-day meals, aka khichuri, are prepared. Perhaps the bright individuals who came up with this brilliant idea were quite oblivious to all the intake of pulao, biryani and khichuri they have had all their lives. Many of us yet have our mothers living, in various stages of ageing. Imagine the guffaws they will break into when informed that the government plans to send its officers abroad to learn the ways in which khichuri can be cooked.

This is all absurd. There are far better ways of spending government money than in indulging officials who are sorely tempted, on any excuse, to fly off to foreign lands. The secretary of the primary and mass education ministry has informed us that the trip had been necessitated by a need to acquire knowledge on mid-day meal arrangements. The minister of state of the ministry has gone one step further. He has told us that media reports on the plans relating to the projected trip had tarnished the image of the ministry and the government.

Where does that leave us about the image of the country? A nation which fought its way to freedom, whose cultural traditions go back hundreds of years, whose culinary record has consistently enriched its heritage must now be educated abroad on the methodology of mid-day meal preparations for its children in school? Perhaps something is being forgotten here? Through government programmes, mid-day meals for school children are currently provided to as many as 400,000 boys and girls in 104 upazilas, with plans for an expansion of the programme being in the works. These children are fed khichuri cooked with vegetables or eggs, which is certainly nutritious for them. Once all the upazilas are brought under the programme, we can expect not only a noticeable degree of improvement in the health of the children but also their continued presence in the classroom, with dropouts receding into tales of the past. Now, are we to be told that those who prepare that vegetable or egg khichuri for these children do not know how to cook it or do not cook it well?

There ought to be real reasons, not spurious ones, for government officials or private individuals to be sent abroad at state expense. The sad part of the story is that over the years a number of overseas trips have been undertaken by people, with little in terms of results to show for them. Back in the latter part of the 1990s, a team of experts assigned the responsibility of framing a policy outline relating to a grant of autonomy for Bangladesh Television and Bangladesh Betar insisted on travelling to a few countries in order to observe how the electronic media functioned there. That was a surprise, for one does not need to travel abroad, in this day and age, to learn of systems working in other countries. Policy documents could with ease have been solicited through the diplomatic missions of those countries as a way of taking in or adapting some ideas for the formulation of a national media policy.

But the members of the team did not do that, despite misgivings about their desire for travelling abroad within the government. The members of the team did end up travelling to Malaysia, India and Britain, visiting the various television channels and radio centres in these countries before going back home. The team did produce a report, which soon went into cold storage. It was the state that gained little from that trip or from the draft report. Indeed, it ended up losing a good chunk of its hard-earned foreign exchange. That trip ought to have been an eye-opener, but it was not. Much lobbying yet goes on among government officials for opportunities to travel abroad on the flimsiest of excuses.

Quite some years ago, a team led by the then chairperson of the Dhaka Board of Education travelled to the United Arab Emirates to supervise arrangements for a handful of Bengali students, living overseas, to appear at the Higher Secondary examinations conducted by the board. That was another instance of a visit that obviously was a waste of state resources. Moreover, the idea that officials of an education board should fly off overseas merely to see how examination desks, identity cards and other arrangements are made for students to appear at examinations is laughable. Our diplomatic missions are there, with officials who are qualified enough to carry out such responsibilities.

In these difficult times the nation is plodding through, austerity ought to be the watchword. We do not need ministers to travel abroad for work that can easily be done by our ambassadors and high commissioners in foreign capitals. We have absolutely little need of learning about school mid-day meals abroad when here at home we have millions of people, men as well as women, who can teach the world on the aesthetics of cooking healthy and tasty food.

The national economy is gasping for breath. People in a diverse range of professions are losing jobs or receiving less than their normal salaries. As many as twenty five state-owned jute mills have been shuttered. In the media and garments sectors, there have been dismissals and retrenchment. Families, unable to pay rents to the owners of the homes they live in, are in dire straits, with many already having made their way to their villages. Schoolboys, faced with the reality of their fathers losing their jobs, have taken to pulling rickshaws to keep their families fed in however meagre a manner. Parents, wracked by depleted finances, are marrying off their young daughters.

It is all a struggle for decent living, for a clawing back from the edge of the cliff. The coronavirus has made orphans of children and widows of wives. The floods have ruined lives. The raging rivers have devoured homes.

This is the bleak landscape as far as the eye can see. Wherefore should we think of jetting off abroad --- to learn how to cook meals for our children?