Shooting of ‘Din -the Day’ to resume next month 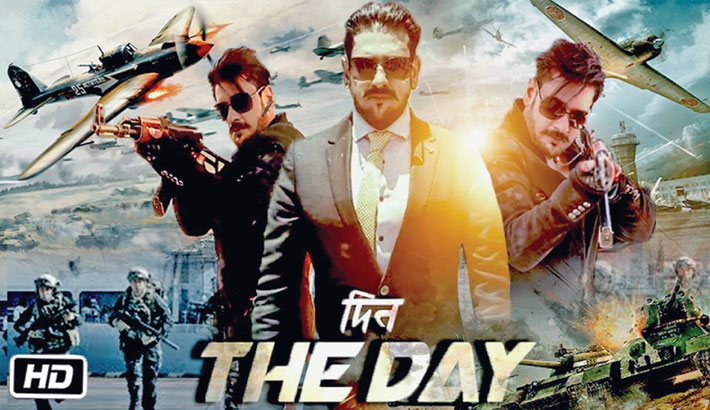 Dhallywood actor Ananta Jalil’s much anticipated mega-project ‘Din - the Day’ is scheduled to resume its shooting in Turkey after being shelved for several months due to the ongoing coronavirus pandemic.

The movie, which has been creating buzz among the movie-lovers ever since the release of its trailer on March 15, has only a few days of shooting left - which had to be stopped due to the global lockdown and flight restrictions, reports UNB.

Recently, Ananta, the lead actor and co-producer of this Bangladesh-Iran joint venture film, informed media that the rest of the shooting will be resuming as soon as October in the cities of Istanbul and Antalya of Turkey.

“We only had 15 days of filming left, and the film would have been released if the shooting could have done before the lockdown. Now with the opportunity and permission to resume the shooting, we are hoping to release it at the beginning of the new year”, Ananta said to the media.

He added – “The month of November-December is going to be the winter season in Turkey and it would be very difficult for the filming, thus we must have to complete the shooting in October. We have been granted the permission and we will fly soon, just waiting for the visa for some of our local artist-crew members.”

‘Din - the Day’ is directed by Iranian director Murtuza Atash Jamjam. Apart from Bangladesh, the film has also been shot in Iran, Afghanistan and Turkey.

On March 15, the trailer of the film was released on YouTube from Ananta Jalil's official YouTube channel and got critically acclaimed for the ‘espionage-theme’ based international standard oriented presentation. The trailer has been viewed for over one million times.