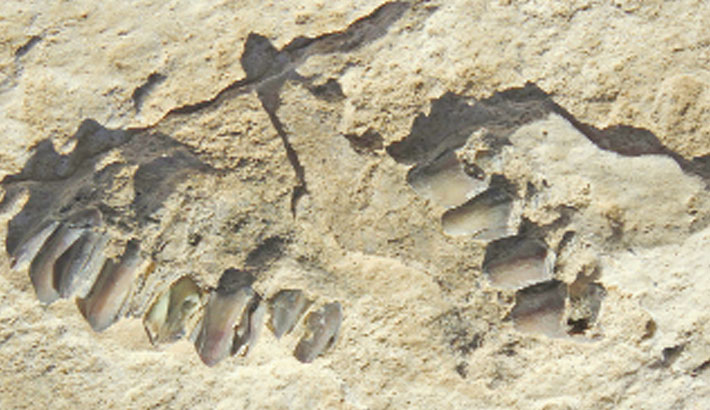 Around 120,000 years ago in what is now northern Saudi Arabia, a small band of homo sapiens stopped to drink and forage at a shallow lake that was also frequented by camels, buffalo, and elephants bigger than any species seen today, reports AFP.

The people may have hunted the large mammals but they did not stay long, using the watering hole as a waypoint on a longer journey.

This detailed scene was reconstructed by researchers in a new study published in Science Advances on Thursday, following the discovery of ancient human and animal footprints in the Nefud Desert that shed new light on the routes our ancient ancestors took as they spread out of Africa.

Today, the Arabian Peninsula is characterized by vast, arid deserts that would have been inhospitable to early people and the animals they hunted down.