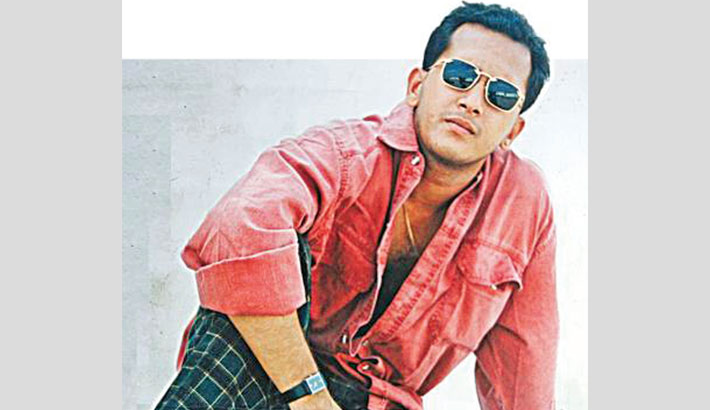 Today is the 49th birth anniversary of Salman Shah, one of the most popular stars in the country’s film industry. The iconic film star amused the audience through his brilliant performance and dazzling style in his short acting career.

Salman Shah debuted in the film industry with the movie ‘Keyamat Theke Keyamat’, opposite Moushumi in 1993. Through his debut film, he won the hearts of millions and established himself as a star. After that he never looked back and gave his fans back-to-back hit movies.

In 90s, Salman started a new era in the country’s film industry and broke the typical image of a ‘hero’. He always delighted the audience on the silver screen with his acting power.

In his short film career, he acted in 27 films. He had starred in many successful films, including ‘Antorey

Salman had paired up with Moushumi, Shabnur, Shabnaz, Shahnaz, Lima, Shilpi, Sonia, Brishti and, others. In most of his films, he was seen with Shabnur and the duo became the most audience-admired screen pair.

Not only acting, Salman Shah was also considered as a style icon at that time and till now his fashion sense is on trend.

To mark the day, different TV channels will air his films today. Deepto TV will air two movies of Salman ‘Bikkhov’ and ‘Prem Piyashi’ today at 10.30am and 1.30pm respectively.

Salman Shah, whose original name was Shahriar Chowdhury Emon, born in Zakiganj, Sylhet on September 19, 1971. He started his film career with the movie ‘Keyamat Theke Keyamat’ in 1993 directed by Sohanur Rahman Sohan.

Before making his silver screen debut, he acted in several TV dramas, and also appeared as a model in television commercials.

The actor died on September 6 in 1996. His unfortunate death sent shockwaves to his fans across the country.