Significance of Jumu’ah khutbah in Islam 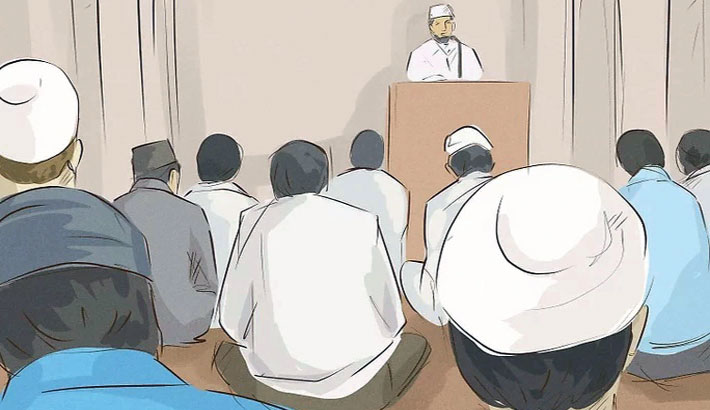 Jumu’ah prayer is very important in Islam. The Qur’an contains a surah entitled “Surah al-Jumu’ah”, 62nd number of the surah. Although, Salat has secured the second position of five Islamic pillars, Jumu’ah prayer has greater status in Islam and in the life of Muslims as well. This salat has some extra- ordinary requirements and features than any other salat that we say in our daily life. The Qur’an states, “O you, who have believed, when [the adhan] is called for the prayer on the day of Jumu’ah, then proceed to the remembrance of Allah and leave the trade. That is better for you if you only knew.” (Surah al-Jumu’ah, 62: 9) Moreover, this salat as we say it during salat al-Juhur has been reduced to two raka’ah instead of four raka’ah fard salat. Have we ever thought about it? Why it’s raka’ah have been reduced? Obviously, there is a wisdom behind it. But how many of us aware about it? Moreover, a special lecture has been added to this prayer as a mandatory part which is known as Khutbah (delivering Islamic speech).

Khutbah of Jumu’ah prayer is well known as Friday Sermon. However, this meaning does not fulfill the wisdom of the meaning of this very special and significant speech. Therefore, it is better to use the term as “Jumu’ah Khutbah” or only “Khutbah”. Moreover, delivering this speech is really different than any other Islamic general speeches. Because, this Khutbah is mandatory (fard) as the part of Jumu’ah prayer. Therefore, all of the people who attend the Jumu’ah prayer are required (wajib) to listen this speech very carefully along with some Islamic Etiquettes (adab). However, it is really disheartening to observe that many of us go to the Mosque in late and attend the two raka’ah Jumu’ah prayer only. They do not get chance to listen the Khutbah which is mandatory for fulfilling this prayer.

Moreover, it should be kept in our mind that we are not allowed to make noise or speak during the Khutbah. Even though, if anyone speaks during this Khutbah, none is allowed to stop him through making such noise or telling him not to speak. Prophet Muhammad (pbuh) said: “if you say to your companion, ‘Listen attentively’ on a Friday, when the imam is delivering the khutbah, then you have engaged in idle speech” (Sahih al-Bukhari).

As this Khutbah has some very special features and significant in Islam and for Muslim, the Khatib (Imam of Jumu’ah prayer) is required to discuss the contemporary issues in his Khutbah. He can raise such issues which are related to the daily practical life. Any crisis could be addressed in the Khutbah or a consultation could be made during this towards overcoming any challenges in our personal, family, social, national and international life. However, it makes many of us sad to observe that most of the Khatib in rural areas uses a book of Khutbah for their lifetime. Moreover, most of them deliver a Bengali lecture first then read (!) an Arabic Khutbah from a specific book of Khutbah written by someone else. Some times we do not find any relevance between these two different lectures in two different languages. Therefore, this kind of khutbah does not carry any value to the people who attend the Jumu’ah prayer.

To overcome this situation, we can do many things. Amon them, (i) we can appoint a Khatib (Imam) who has sufficient Islamic and contemporary knowledge to convey the Islamic messages to the people and can understand the significance of this special lecture, (ii) The concern authority can arrange a training program for all the Imams including Khatibs. Therefore, they would update themselves with the Islamic and contemporary knowledge and thus will be able to convey the true Islamic teachings to the mass people. (iii) In any local, national or International crisis, the concern authority should convey expert’s opinion and the guidelines to all of the Imams and Khatib thus they will be able to guide the people on the right path towards overcome the situation.

We should keep in our mind that, according to the Islamic Foundation Bangladesh, there are about 2500400 mosques in present Bangladesh. If the Khatib of all of those mosques are qualified to convey the true messages of Islam to the people, they would certainly be the asset of Islam. They can really play a good role to spreading Islam and promoting an amicable peaceful society in true sense. Any crisis could be overcome through their positive role. Therefore, all concern authority must be careful about this significant Khutbah.