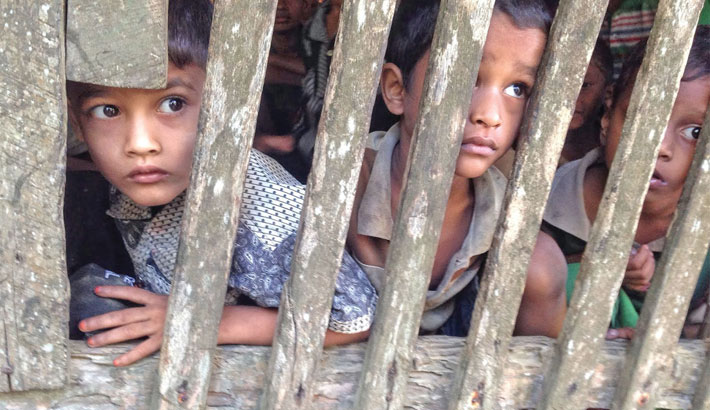 Bangladesh has urged the international community to fully comprehend the multidimensional repercussions of the protracted Rohingya crisis and step up their efforts in securing a permanent political solution to the longstanding humanitarian crisis.

“The Rohingya crisis requires a political solution, which lies in the return of the Rohingyas to Myanmar by addressing root causes, creating right conditions and holding the wrongdoers accountable,” said the Permanent Representative of Bangladesh to the UN Rabab Fatima.

She spoke at a high-profile discussion titled “Rohingya Crisis in its Fourth Year: Challenges in Securing a Sustainable Solution” held virtually at the United Nations on Wednesday. It was jointly organised by the Permanent Missions of Bangladesh, Canada, Saudi Arabia and Turkey.

The speakers expressed commendation for Prime Minister Sheikh Hasina for her strong and courageous leadership in dealing with the humanitarian crisis, according to a message received from the Bangladesh Mission in UN on Thursday.

Nicholas Koumjian, the Head of Independent Investigative Mechanism on Myanmar (IIMM), presented the keynote speech and Ambassador Bob Rae, the Permanent Representative of Canada to the UN, moderated the discussion.

In her opening remarks, Ambassador Rabab Fatima said that Prime Minister Sheikh Hasina showed tremendous courage and compassion, when she decided to open the borders and provide the persecuted Rohingyas with shelter and protection.

She highlighted the current stalemate with the repatriation of the Rohingyas due to Myanmar’s failure to create conducive environment in Rakhine and expressed concern at the deteriorating situation in the Rakhine State.

Referring to the progress made in the accountability front, the Bangladesh Permanent Representative to UN called upon Myanmar to fully cooperate with the international investigative and judicial mechanisms including the IIMM, and ensure redress to the victims of the atrocity crimes.