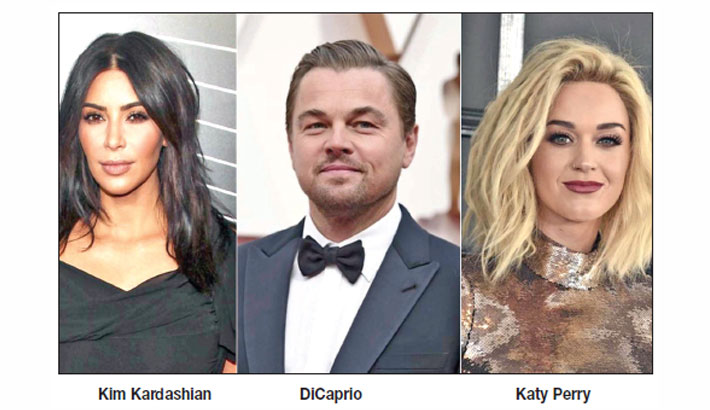 Hollywood celebs Kim Kardashian West, Katy Perry and Leonardo DiCaprio are among celebrities who took part in a 24-hour Instagram freeze on Wednesday to protest against what they say is parent company Facebook’s failure to tackle violent and hateful content and election misinformation, reports mid-day.

They were among the high profile names supporting the #StopHateforProfit movement's latest campaign. The movement asked people to put up a message highlighting the damage Facebook does. "I can't stay silent while these platforms continue to allow the spreading of hate, propaganda and misinformation created by groups to sow division and split America apart only to take steps after people are killed," Kardashian posted on her Instagram account.

Facebook declined to comment but pointed to what they are doing to limit the reach of groups that support violence and its efforts to protect the US election in November.

DiCaprio said he was standing with the civil rights groups to call "on all users of Instagram and Facebook to protest the amplification of hate and the undermining of democracy on those platforms."