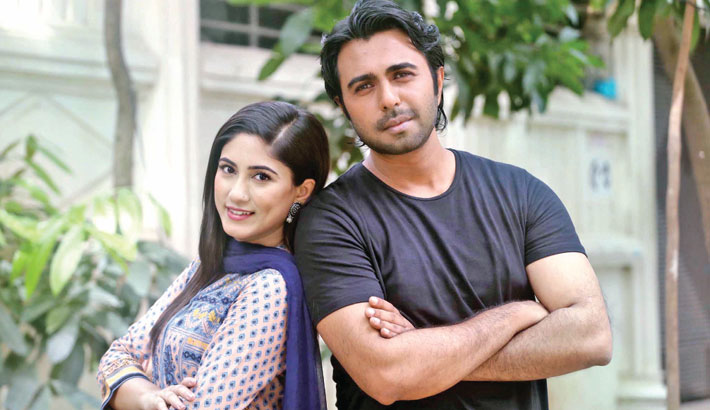 Written and directed by popular director Sagar Jahan, the shooting of the play took place at different locations in the capital’s Uttara area.

About the drama, Apurba said, “Before this project, I have acted in several dramas under the direction of Sagar Jahan. Most of them got popularity among the viewers. Sagar bhai always makes dramas with the utmost care. The same thing happened to this tele-drama. I hope the audience will not be disappointed.”

Safa Kabir said, “The story of the drama is interesting. Apurba is also a talented artiste. He is very cooperative. Director Sagar Jahan has made this tele-drama with immense care. It was really a wonderful experience to work in ‘Didha’. I hope it will be a good drama and also enjoyable for the viewers.”

‘Didha’ will be aired on a satellite TV channel soon, said Sagar Jahan.