Balancing the state and the market 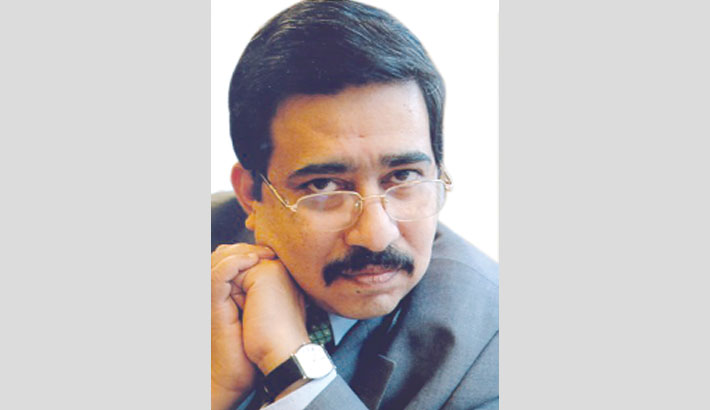 Bangladesh seems to be again and again falling into the trap put up by few rogue or speculative traders and their number is increasingly increasing. Take the example of recent onion price hike from Tk 65 to 125 per kilogram over a period of only 48 hours. It is not that country’s godowns have run out of onions.

Three out of seven onion producing districts like Pabna, Faridpur, Rajbari, Kushtia, Manikganj and to some extent Natore and Rajshahi still have enough stocks. The country needs 2.6 million tonnes of onion per year, whereas domestic production is little more than 1.9 million.

Hence the country imports around 0.5-0.6 million tonnes of onion per annum mostly from neighbouring country India, may be because of proximity driven price. This time India might have decided to stop exporting onion for the time being, but global stock is not at all dried down. Bangladeshi traders have already arranged to import onion from China, Myanmar and Turkey.  One could easily ask, then what is the reason for almost 60-70 per cent hike of onion price overnight? Most answers came out to be no market monitoring, no control over the traders, if not wholesalers at least the retailers.

Economists and policy planners across the world are being challenged to draw a balance between the state and the market. The situation is much worse in countries where there is poverty when the government is committed to private sector-led growth, and thereby wealth creation, though equitable distribution remains a question.

In a transition economy like ours, each government comes up with long “to do” and “laundry lists,” however, the execution is often constrained by “capacity” issues in civil bureaucracy, excessive politicization, regulatory bottlenecks, vision disconnects, failure in teamwork, lack of proper planning, and focused execution with the fear of being unpopular.

The present government led us to dream more than what is possible with the country’s “capacity” level and intellectual solvency.

That is exactly why we are seeing that monetary policy, while trying to address price spiral, possibly cannot do equal justice to the growth agenda, or that the regulatory body at frequent intervals has to keep mum about “fixing issues” in the capital market.

Added to these are the law and order situation, infrastructure deficiency, and more importantly, the lack of a forward-looking policy which could accelerate growth.

In a labour surplus economy, a government must focus on employment creation. It is also imperative for a savings surplus country like Bangladesh to create a congenial environment for investment, domestic or foreign.

More importantly, we need to reform the archaic laws which are not supportive of growth, an education system which does not accommodate future needs, and a public health system which is failing us or almost failed us during the initial pandemic attack.

In Bangladesh, the government often fails to maintain the firewall with the political party, more significantly from the bad influence of the party rank and file on judiciary, civil administration, police, or even state-owned entities.

The current government has a few more years to go. As we remember, it came up with a “big bang” about “change”, at the outset.  It was, of course, very popular at the beginning with an “emerging vote bank”. But could they bring in much of change? There is a mixed feeling — the government is focused on large public projects, trying for transfer of urban assets to rural places, and bringing speed to day to day operations of the government. On the other hand, there are also allegations. Despite repeated efforts common people can’t yet trust the law enforcing agency, judiciary or public-interest institutions. If we do a poll today, answer is going to be – ‘the government only works for the rich people or businessmen, not the people on the streets.’

Yes, market should be allowed to operate on its own and take its own level. However, drawing a balance between the state and the market is increasingly becoming a serious issue especially in the developing economies. Government agencies are seen protecting too much of a vested interest of the rogue private capital, instead of protecting the legacy of public institutions or common people.