Taapsee to star opposite SRK in Hirani’s next? 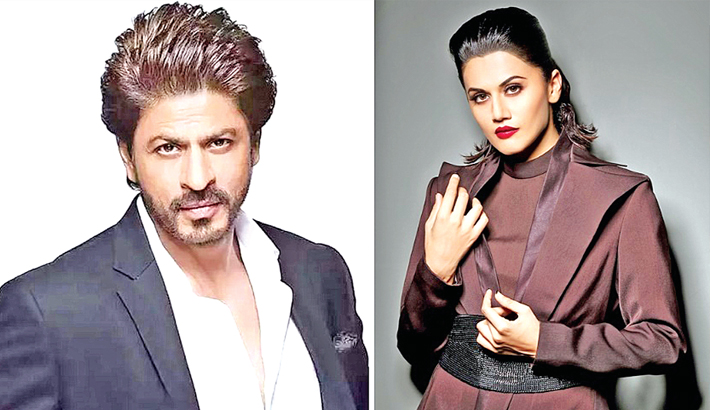 The versatile and talented actress, Taapsee Pannu has come a long way in Bollywood and established a fanbase with her impressive performances in films like Manmarziyaan, Badla, Saand Ki Aankh, Pink, Thappad, Mission Mangal, Naam Shabana and many others. While the actress has multiple projects under her belt, as per the latest report by Filmfare, the actress might star opposite Shah Rukh Khan in Rajkumar Hirani’s next. Well, if this news turns out to be true, it will indeed be the biggest project for Taapsee Pannu.

On the work front, Taapsee Pannu will be next seen in Haseen Dilruba along with Vikrant Massey. Touted to be an edge of the seat murder mystery, the film is directed by Hasee Toh Phasee helmer Vinil Mathew and produced by Aanand L Rai and Himanshu Sharma.

The reports also suggest that she has also been approached for the biopic of Olympic medalist, Karnam Malleswari. On athlete's 45th birthday, the makers announced her biopic and revealed that it will be a multi-lingual pan India venture. The film will be directed by Sanjana Reddy and will be released in Hindi, Tamil and Telugu simultaneously. Talking about this biopic, coproducer Kona Venkat earlier told Asian Age, “This film is going to be an inspiration to the present generation. A poor girl from a remote village in Srikakulm district won the Bronze medal for India in Olympics. That is definitely a big story to narrate. She has faced so many hurdles and problems toreach this level. It wasn’t easy. She told us her whole story and gave us permission to portray all the incidents in her life.” Interestingly, Taapsee is also playing the lead character in cricketer Mithali Raj's biopic, which is titled Shabaash Mithu. The biographical sports drama will be directed by Raees helmer Rahul Dholakia.