Climate Change Consequences and Struggle for a Green World 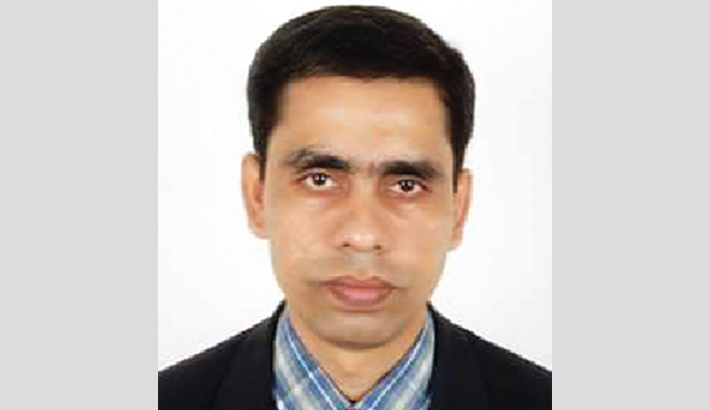 Climate change represents a potentially irreversible threat to human societies and the planet. Scientists view that due to warming climate, freshwater supplies are shrinking, agricultural yields are dropping, our forests are burning, and sea level is rising. According to experts, environmental problems have reached their critical point in the 21st century and continue to grow rapidly. The consequences are disruption of the Ozone layer, global warming, increase in the amount of solid waste, radioactive contamination, destruction of forests, the extinction of plant and animal species (Petrovic et al. 2017).

Scientists opine that due to climate change; weather patterns are changing that threaten food production. In a study, FAO has mentioned that climate shocks were one of the leading causes of acute food crisis and malnutrition in 2017, affecting 59 million people in 24 countries in Africa. UNDP mentions that grain yields decline by about five per cent for each degree of temperature increase.

The Conference of Parties, known as COP, is the decision-making body responsible for monitoring and reviewing the implementation of the UNFCCC. The COP convenes meeting annually since 1995. The 25th session of COP was held in Madrid, Spain in 2019, but due to COVID-19, the COP 26 UN climate change conference which is scheduled to take place in Glasgow in November 2020 has been postponed.

The UN in its 2030 Agenda for Sustainable Development Goals recognises climate change as one of the greatest challenges for humanity and the globe. The agenda identifies that the biological support systems of the planet and survival of many inhabitants is at risk. It mentions that climate change poses a threat to the ability of all countries to achieve sustainable development. Sustainable management and use of all types of natural resources of land, water and air is crucial. The agenda calls for urgent action on climate change for the greater interest of mankind. The agenda recognises climate action as one of the most essential requirements to achieve sustainable development.

The Paris Agreement is an agreement within the United Nations Framework Convention on Climate Change (UNFCCC), dealing with greenhouse gas emission, mitigation, adaptation and finance, was adopted at the 21st Conference of the Parties (COP 21) in Paris, France in December 2015 and signed in 2016. It is considered as the world’s first comprehensive climate agreement - the aim of which is to decrease global warming by reducing emissions as soon as possible in order to achieve a balance between anthropogenic emissions by sources and removals by sinks of greenhouse gases. To mitigate global warming, long-term temperature goal of the Paris Agreement is to keep the increase in global average temperature to well below 2°C and to purse effort to limit the increase to 1.5°C above pre-industrial levels. It is worthwhile to mention that the average temperature of the reference period 1850–1900 is considered as pre-industrial temperature.

The UN Intergovernmental Panel on Climate Change (IPCC, 2013) estimates that the average global temperature was increased by 0.85°C from 1880 to 2012. Oceans have warmed, the amount of snow and ice have diminished and the sea level has risen. The study reveals that from 1901 to 2010, the global average sea level has risen by 19 cm as oceans have expanded due to warming and melting of ice. United Nations Regional Information Centre for Western Europe estimates that greenhouse gas emissions are projected to drop about six per cent in 2020 due to travel bans and economic slowdowns resulting from the COVID-19 pandemic, but this improvement is only temporary. It has viewed that urgent action to address both the pandemic and the climate emergency is essential for saving lives and livelihoods.

JICA suggests that the international society should promptly take appropriate and sufficient climate change measures, otherwise a number of consequences like increased damage from natural disasters and infectious diseases, a shortage of natural resources, shortage of food, a decrease in or loss of species and natural ecosystems, the loss of coastal land due to sea level rise and a massive shock to the global economy is likely to happen.

Climate change mitigation and adaptation are considered as the appropriate way of addressing the challenges. The World Wide Fund for Nature (WWF) defines ‘climate change mitigation’ as ‘avoiding and reducing emissions of heat-trapping greenhouse gases into the atmosphere to prevent the planet from warming to more extreme temperatures’. The UN IPCC defines ‘adaptation’ as the ‘adjustment in natural or human systems in response to actual or expected climatic stimuli or their effects, which moderates harm or exploits beneficial opportunities’. Scientists’ view that the more we reduce emissions right now, the easier it will be to adapt to the changes we can no longer avoid.

The climate and energy policy framework of the European Commission sets three key ambitious targets for 2030 - at least 40 per cent cuts in greenhouse gas emissions from 1990 levels, at least 32 per cent share for renewable energy and at least 32.5 per cent improvement in energy efficiency.

Bangladesh is one of the most densely populated countries in the world, with approximately 1,203 people per square kilometre (World Bank 2015). It is one of the most vulnerable countries to climate change where about two-thirds of its land area is prone to river and rainwater flooding, and its coastlines are exposed to storm surges and tidal flooding (Zamudio & Parry 2016). Scientific study shows that the mean annual temperature of Bangladesh has risen by 0.016°C per year from 1977 to 2008 (Zamudio & Parry 2016). ‘Bangladesh Climate Change Strategy and Action Plan 2009’ has prioritised the needs of the poor and vulnerable, including women and children in all activities. Food security, social protection and health are given due attention to ensure that the poorest and most vulnerable in society, including women and children, are protected from climate change and that all programs focus on the needs of this group.

We envisage a green world, free from hunger and all sorts of discrimination. We must rethink the way we produce and consume energy, food, and water; protect the world’s forests; and help people prepare for a changing world. Developing sustainable consumption and production habits; reducing dependency on fossil fuel; expanding the use of renewable energy; lessening of food loss and food waste; reducing and recycling of waste; ensuring safe use of chemicals, efficient use of water and energy, massive plantation and risk-informed development are indispensable for being green. Most importantly, awareness building at all levels is paramount to mitigate the global challenge posed by climate change.

The writer is a member, Chartered Institute of Procurement and Supply (CIPS), UK.