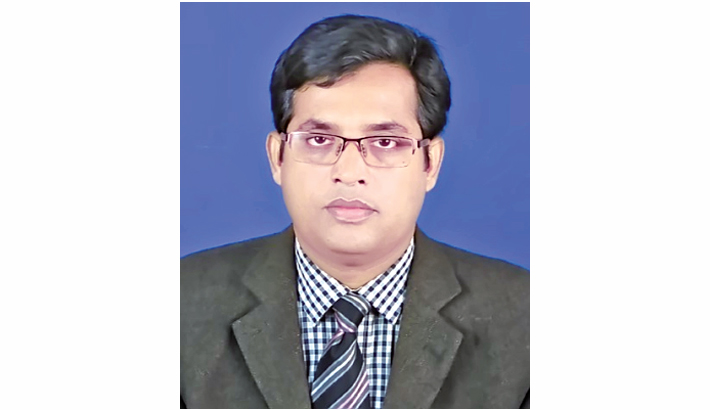 I am writing this piece, admitting that the doctors are the frontline warriors not only in fighting against COVID-19 pandemic but also in our healthcare system, since they can save peoples' lives and help them overcome different types of physical problems. Earlier I wrote an article applauding the role of doctors and health workers in the COVID-19 pandemic as leading warriors. However, some of the recent incidents in the health sector and my experience gained from dealing with a critical patient for the last one month have led me to make a critical point on the role of health workers in the health system. This is not a common assertion, since many physicians have been working days and nights to help people recover.

Recently, we witnessed an incident that took place at Rajshahi Medical College and Hospital where the wife of a freedom fighter was admitted with a severe heart attack. It was learned from the social, print, and electronic media that despite several requests of her son none the interns attended the lady who died ultimately. The patent's son, who himself is a government employee, began weeping in the hospital after losing his mother, claiming that his mother did not receive adequate attention of the interns.

Having been derived by the emotion, he might have involved in a tug of war with the intern doctors who ultimately captured the son and husband of the patient and beat them brutally. Then, the police were called, the son arrested and taken to the police station. They did not let them take the dead body until the son and his freedom fighter father begged apology to them. It is beyond imagination as to think about how the doctors could behave in such a manner with the family members of the patient at the toughest time of life when someone lost his close relatives. The video reported in various news channels revealed that they behaved as musclemen, not as doctors.

Of course, intern doctors might have their arguments on that particular case as the family members of the patients sometimes misbehave with health workers when they do not receive adequate attention from them. This is not the only incident of violent behaviour of the intern doctors at Medical Colleges. Such incidents occur after some interval at Rajshahi Medical College and other medical colleges and hospitals which are not at all desirable. Such an incident that occurred a few months ago at Rajshahi required a lot of interventions from the local MP and the Mayor to get settled.

In protest of the brutality of the intern doctors on the freedom fighters and his son, the freedom fighters of Rajshahi district demanded punishment of accused involved in the incident through organising a human chain in the city. They also threatened the authority that they would kill themselves setting fire on their bodies if they do not receive justice from them. If the issue does not get settled quickly, it could bring sufferings to the patients if the intern doctors call strikes which they usually do after each incident.

If such conflict continues between the doctors and the patient attendants, it will destroy the healthcare system in public hospitals. Therefore, the government and the hospital authorities should figure out strategies to deal with such incidents. During the COVID-19 pandemic, the situation has aggravated to a great extent as the physicians are providing healthcare services keeping a safe distance from the patients. This is very natural that doctors would remain careful about their safety which has also been suggested by the WHO and the health department of our country.

However, at the same time, it is also true that many doctors do not treat patients properly despite the use of PPE and masks. Recently, I gained a bitter experience while dealing with one of my relatives who had a severe heart attack followed by COVID-19 positive. My relative finally expired on the 29th of August. But, I had to deal with his case since the 2nd of August. I heard from the attendant of the patients that none of the doctors came close to physically examine him during his stay at two hospitals. While he was a patient of a heart attack, even the nurses did not measure his blood pressure regularly. I had to discuss with the coordinator of the COVID hospital to measure his blood pressure. Such behaviour is by no means desirable from doctors.

Now one may wonder why intern doctors and the patient parties engage in skirmish in different hospitals. The lack of professionalism may have influenced the interns to get involved in such incident that is not at all pleasant from medical professionals' perspectives. Therefore, the issue of professionalism requires to be incorporated into the academic curriculum. On the part of the attendants of the patents, they should also behave rationally. They should realise that we have shortage of beds, doctors and medical equipment in government hospitals. The doctors and health service providers are compelled to provide services with limited resources. So, it is not rational to demand extra attention or privilege from the doctors.  Even if someone seeks for extra attention, she/he should respectfully make the demands, rather than threaten them.

We all know that the doctors work in a noble profession and they are oath-bound to provide services to the people in need. It does not mean that they would carry out every demand of patient parties all the time. There should be a standard operating procedure in public hospitals. Everyone should follow the protocol while seeking and providing services. If such misunderstanding and violent activities between intern doctors and attendants of the patients continue to take place in hospitals, the entire healthcare system would be paralysed. Therefore, the government should frame and enforce stringent laws and guidelines to restore discipline in public hospitals.