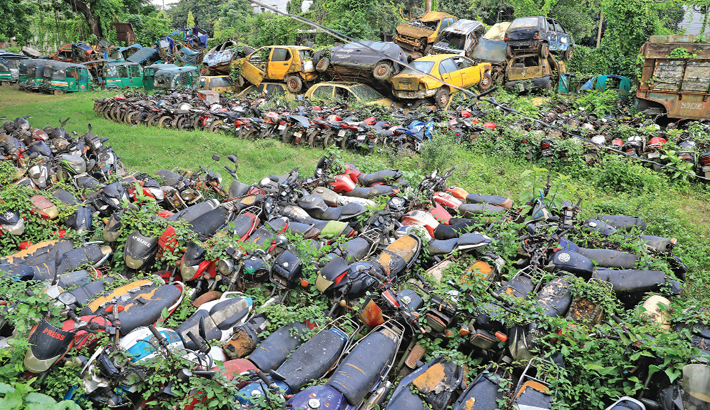 Several hundred vehicles, seized by police on different grounds, are getting damaged as they have been kept under the open sky at a dumping station in the capital's Agargaon area. The photo was taken on Tuesday. – Reaz Ahmed Sumon