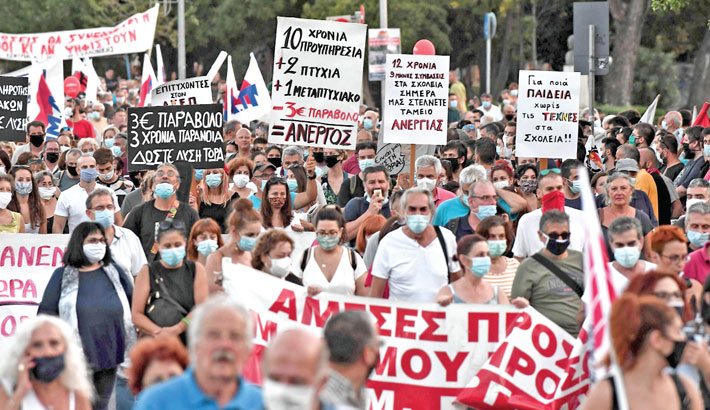 Demonstrators protest as Greek Prime Minister delivers his annual speech on defence and economic policy during the Thessaloniki Helexpo Forum on
Saturday in Thessaloniki. Greek Prime Minister Kyriakos Mitsotakis on Saturday announced a "robust" arms purchase programme and an overhaul of the country's military amid tension with Turkey in the eastern Mediterranean. Mitsotakis said Greece would acquire 18 French-made Rafale warplanes in
addition to frigates and helicopters whilst also hiring 15,000 new troops and pouring resources into the national defence industry. 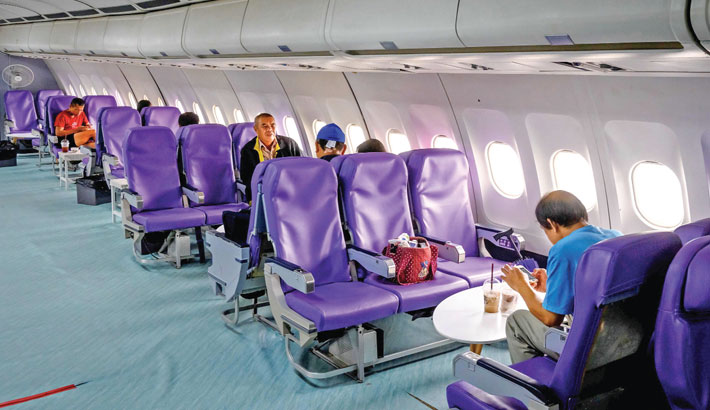 This photograph taken recently shows visitors drinking coffee in the economy class seats in a retired Airbus 330 air-plane turned into a coffee shop at an attraction site, outside Pattaya in Chonburi province. With millions around the world stuck at home due to the pandemic, "plane cafes" in Thailand are offering customers the chance to pretend they are in the sky -- and the idea seems to have taken off. 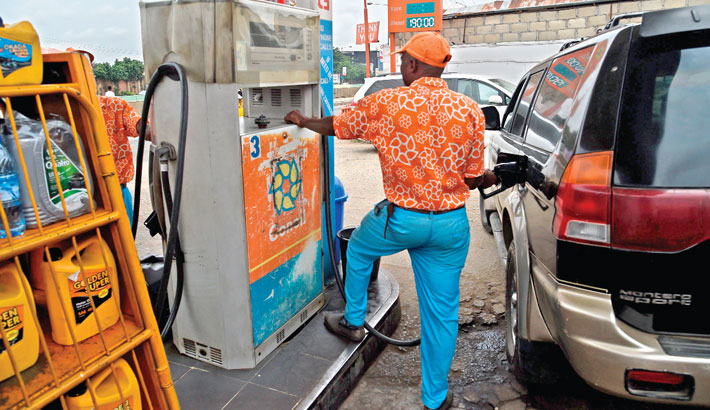 An attendant dispenses fuel into a vehicle's tank at a fuel station in the Maryland district of Lagos. The Nigerian government has dumped a decade-long pricing regime for petrol and electricity allowing marketers to fix prices resulting in anger and tension in the oil-rich Africa's most populous country of 200 million people. 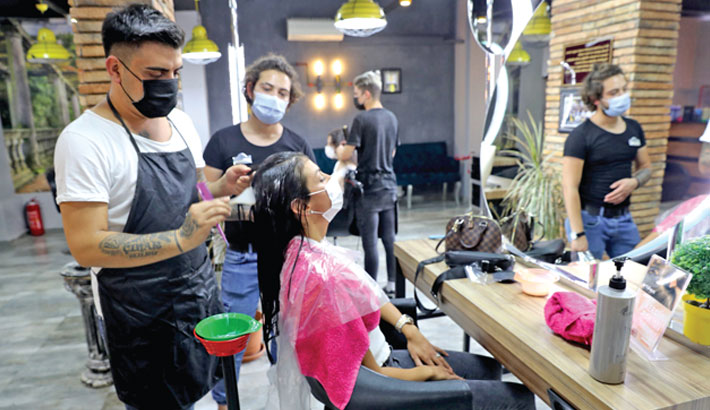 A hairdresser wearing a face mask cuts the hair of a costumer at a women's beauty parlour in Ankara on Saturday. Moody’s Investors Service (“Moodys”) has on Friday downgraded the government of Turkey’s debt ratings to B2 from B1, and has maintained its negative outlook for the country’s economy.