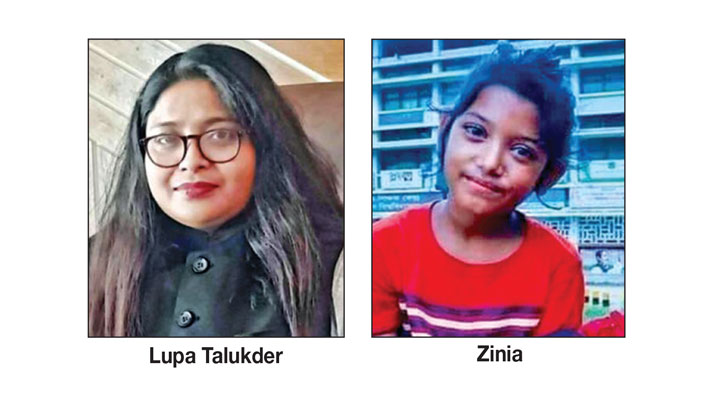 Child kidnappers have become active in the capital and on its outskirts as law enforcers have arrested four suspected female abductors with victims in the last two days.

During the period, law enforcers have also rescued three abducted children from the possession of the abductors.

Lupa used to tell people that she was a journalist working for different media outlets. Law enforcers are looking into whether Lupa has any links with any trafficking racket.

On Sunday night, police rescued Zinia from Narayanganj and arrested Lupa in Amtola area of Fatullah.

Lupa was put on a two-day remand in an abduction case filed with Shahbagh Police Station in capital Dhaka.

“She was once accused in a triple murder case. Besides, there are allegations of fraudulence against her,” the police officer said.

Zinia, who used to sell flowers in Dhaka University’s TSC area, was abducted on September 1. Zinia lives with her mother and two siblings in TSC area.

After Zinia went missing, her mother Senura Begum told reporters that she last saw her daughter talking to two women near Suhrawardy Udyan.

ADC Mishu Biswas said, “She claimed to be a member of the National Press Club, but could not provide any proof. She just gave us a business card of Mohona TV where she claims to have worked once. She could provide nothing else.”

Mahbub Alam, joint commissioner of the Detective Branch at Dhaka Metropolitan Police, said police officers are looking into whether she has any links to child traffickers.

The striking team also rescued an abducted three-year-old child, Shahadat Hossain, on Wednesday night. The boy was abducted from Shah Ali area of Mirpur on September 5.

Meanwhile, RAB personnel rescued a nine-year-old child who was abducted from Pallabi area.

The crime-busting team also arrested another female abductor, Sumi Begum, in connection with the abduction.

In the face of the RAB interrogation, the arrestee confessed to her involvement in the abduction of the child.